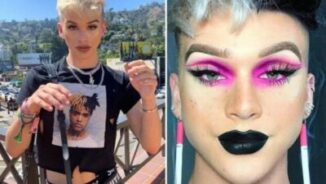 Who was Ethan is Supreme
Ethan Peters, better known as “Ethan Is Supreme” Influencer and Youtuber 17 years old, born Ethan Peters, had become popular on the net under the name Ethan is Supreme. Described as a make-up guru, he had conquered a large audience of very young people. Born in Houston, Texas, on March 8, 2003, he started using social networks in 2016, when he was only 13 years old. His assets were estimated at between 1 and 5 million dollars, among the highest among the very young influencers.

Ethan Peters has died at the age of 17.

Ethan is from Texas, he started his YouTube channel in 2017. In his second-ever video, Peters opened up about being kicked out of school for being gay.

After Peters came out, he said received a ton of support from his friends and fellow students at school, and clarifies in the video that he wasn’t exactly kicked out – but it was heavily implied that the administration wanted him gone.

“They brought up the rule book about biblical morals and statements.. they pulled that up and showed me the rule I’d broken, and I was like ‘Okay, I’m gonna be expelled. Is this okay?’ So, basically they’re asking us to borderline leave and they’re about to implement a rule that we need to leave.”

“I want it to be known, I’m not bragging on myself, I don’t curse in school,” Peters added. “I don’t wear make-up in school. I don’t get in fights in school. I’m a good kid. I get good grades. My teachers liked me… That’s how I know this wasn’t a situation of he actually is doing bad stuff online, this is a situation of where ‘I’m targeting you.’”

Ethan Peters, the youtuber and make-up artist best known by the name Ethan is Supreme, died at the age of 17. According to colleague Sl04n, another famous youtuber, an overdose of Xanax would have been fatal. This is what he reported through his social media channels: “Ethan Peters alias Ethan is Supreme died at 17 from a Xanax overdose. He’s made some bad decisions in the past, but no one deserves to lose their lives for their addictions.

Ava Louise: “Addiction is a disease, she asked me for help”
Friend and colleague Ava Louise, another well-known influencer, also reports that Ethan allegedly suffered from an addiction problem: “Addiction is a disease. I’ve had to take Ethan aside for the past few weeks and talk about his addictions. ” The woman said that Ethan was popular and influential in his industry despite his very young age, and that the pressure induced by popularity would have led him to use drugs. Then she launched an appeal, recalling that the colleague had asked her for help only a week before:

Peters, who garnered over 519,000 followers on Instagram and 138,000 subscribers on YouTube, was also memorialized by Ava Louise on Instagram. She wrote, He was the only person I spoke to for months. I was all alone and struggling and Ethan inspired me again. He was here with me for my birthday 2 weeks ago and I’m so thankful I got to spend it with him… We had our last FaceTime call last night and I am so so so sorry I cut it short.

I can’t breathe, Ava Louise continued. This is the worst pain I ever felt. I’ve lost friends but never a best friend. Ethan saw me through my lows and celebrated my highs with me. He was so much more than what you all saw online.

One day before Peters died, he shared a throwback photo of himself next to a picture of what he looks like now. He captioned the post, “Would just like to thank everyone who bullied me. I do this like once every year to see how much I’ve changed and the only thing that hasn’t is the dark circles sksks.”

Through his popularity on social media, Peters’ “I WENT TO THE WORST REVIEWED MAKEUP ARTIST IN HOUSTON” video racked up 3 million views alone, he also started his own brand, Hellboy, which sold sunglasses, t-shirts, and chains.