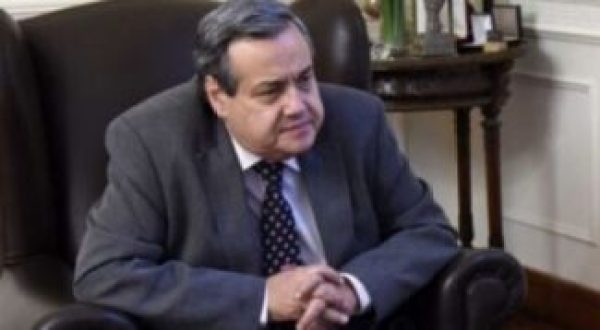 Fernando Labra Hidalgo was a diplomat, who was interned and isolated in a sanatorium in that city. He is the first person killed by COVID-19 in Rosario. He has died at the age of

During his extensive career he was in Argentina at the Chilean Consulate in Rio Grande (85-87), Embassy of Paraguay (88-90), Chilean Mission to International Organizations in Geneva, Switzerland (93-97), at the Embassy of Chile in the United Kingdom (2000-2005), Embassy of Chile in Belgium and Chilean mission to the European Union in Brussels (2009-2014).

He held positions in the Foreign Policy Directorate in Santiago de Chile, in the Bilateral Affairs Directorate, the Environment Directorate and the Undersecretariat for Foreign Relations. He also participated in numerous processes of diplomatic negotiations at the bilateral and multilateral levels, particularly in regional organizations such as Unasur and negotiations in multilateral agreements and global environmental issues in Belgium and Geneva.

He returned to our country in 2016, to work at the Consulate General of Buenos Aires for a year, and in 2018 he was appointed in Rosario, said La Capital.

He died this Wednesday of coronavirus and is the 29th victim of Argentina. Labra Hidalgo remained hospitalized and isolated in a health center in that Santa Fe city, as reported by the Chilean Foreign Minister, Teodoro Ribera Neumann.

When they made the case known, the Ministry of Health of Rosario told Clarín: “Labra Hidalgo has been hospitalized since Saturday at the Parque Sanatorio de Rosario, with an artificial respirator.”

The man presented the first symptoms on March 20 and was always isolated.

In communication with the Rosario newspaper La Capital, sources at the Parque sanatorium said that the diplomat “died at 3.30 pm as a result of a multi-organ failure,” due to the pandemic disease he had contracted.

Labra Hidalgo was hospitalized in the Sanatorio Parque, where he arrived in a critical situation that was finally able to stabilize.