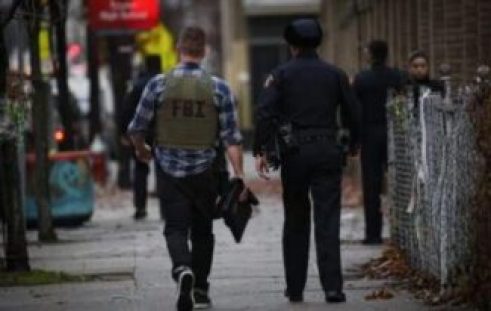 Francine Graham has been named as one of the two suspected gunmen authorities say shot a police detective and later killed three civilians inside a kosher bodega in Jersey City. sparking a lengthy standoff that shut down the city’s schools and led to multiple wounded officers. The Jersey City Mayor says the kosher market was targeted. The other suspect was identified as David Anderson.

The frightening sequence of events on Tuesday, 10 December 2019, started in a cemetery where Detective Joseph Seals was shot in the head, possibly while investigating a weekend homicide. It ended in the JC Kosher Supermarket, a store in a Jewish neighborhood.

Police said initially that they believed Detective Joe Seals had approached two suspicious men in a cemetery when they opened fire and then fled to the bodega. They also said in their first and second news conferences that they don’t believe the incident was a terrorist attack. In the second news conference, Kelly was asked whether the motive was terrorism or a hate crime.

He said: “I can tell you we have no evidence that’s pointing in that direction at this time,” but he said it was under investigation.

Hundreds of shots were fired in the incident, he said. He said he didn’t yet know if the suspects have any gang affiliations.

However, Jersey City Mayor Steven Fulop then tweeted this without offering a further explanation: “Based on our initial investigation (which is ongoing) we now believe the active shooters targeted the location they attacked. Due to an excess of caution, the community may see additional police resources in the days/weeks ahead. We have no indication there are any further threats.” He hasn’t clarified whether authorities believe terrorism could now be involved and/or a hate crime.

A former neighbor told NBC New York that Francine Graham previously lived in a Manhattan and was a former home health aide. She was injured on the job and quit, according to the neighbor. The neighbor said Graham turned into a “dark person” after she was “coerced into a militant religion.”

According to NBC New York, “The neighbor also claims Graham was coerced into a militant religion he could not identify; chanting and reading of the New Testament, translated into ‘evil,’ could be heard from her home.”

Graham stopped paying her condo fees and left the complex about a year ago, and NBC New York reports the apartment’s mortgage was assumed by the bank.