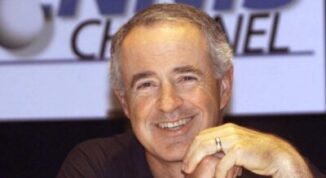 Frank Biondi was an American businessman and entertainment executive. He held leadership roles at Viacom, Universal Pictures, and HBO. He was born on January 9, 1945, and died on November 25, 2019.

Biondi was born in New York City, to Virginia Willis and Frank Biondi Sr., and was raised in Livingston, New Jersey. Biondi graduated from Livingston High School in 1964 and was inducted into the school’s hall of fame in 1994.

He earned a Bachelor of Arts in psychology from Princeton University and a Master of Business Administration degree from Harvard Business School.

After graduating from Harvard, Biondi served a short stint as a financial analyst on Wall Street before finding employment with nonprofit called the Children’s Television Workshop, who produced Sesame Street and The Electric Company, in the early 1970s.

Biondi joined HBO in 1978, after expressing disinterest in the role and rejecting their initial offer. He later became the president and CEO in 1983.

Biondi was an avid tennis player and helped finance the creation of the Tennis Channel with fellow former Viacom CEO’s, Philippe Dauman and Thomas E. Dooley, in 2001. Together they are known as the Viacom mafia.

In the later part of his life, Biondi was a director of RealD, Amgen, Cablevision, Caesars Entertainment Corporation, Hasbro, Yahoo!, and Seagate.

In 1974, he married Carol Oughton. Together, they had two daughters, Anne Biondi Simonds and Jane Biondi Munna. His son-in-law is film producer Robert Simonds.

Frank Biondi Death and Cause

Biondi died from cancer at his home in Los Angeles on November 25, 2019. He was 74 years old. Biondi is survived by Carol Biondi, his wife of 45 years, as well as his daughters: Anne Biondi Simonds and Jane Biondi Munna.