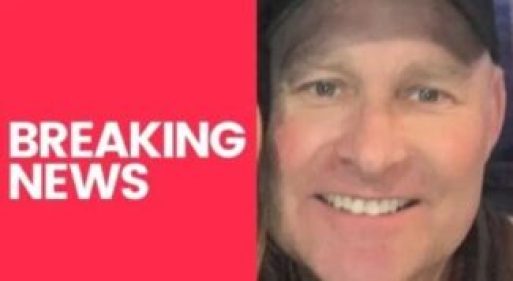 Gabriel Wortman was 51 years old man who was shot dead after killing more than 16 people, including a Royal Canadian Mounted Police officer, in a rural Nova Scotia, Canada. Authorities said RCMP officer, Constable Heidi Stevenson, was killed and another officer was injured, but he is expected to survive.

Gabe Wortman graduated from Riverview High School in Riverview, New Brunswick, in 1986. He also has family ties to Moncton, New Brunswick. A classmate’s daughter shared a photo on social media of Wortman’s high school yearbook. Next to his photo, the yearbook states, “Gabriel can be seen cruising around on one wheel on his Honda XR 5004 … Gabriel’s likes are good skiing and time spent with friends. His dislikes include cold weather and English. Gabe’s future may include being an RCMP officer.”

According to Public records Wortman owned several properties in Dartmouth and Portapique, Nova Scotia, and he worked as a denturist. Wortman also lived in Halifax. He was the owner of the Atlantic Denture Clinic on Portland Street in Dartmouth.

The mass shooting rampage began late Saturday, April 18, in Portapique, and ended Sunday, April 19, at a gas station in Enfield. Police have not said exactly how many people were killed or wounded during the 12-hour incident, which also included numerous fires to buildings and vehicles. Authorities said the killings occurred in multiple locations across the northern part of the province of Nova Scotia. Police do not believe anyone else was involved in the shootings, and they are not looking for additional suspects.

Officials said at a Sunday press conference that Wortman is accused of fatally shooting RCMP Constable Heidi Stevenson. Stevenson was a 23-year veteran of the RCMP and is survived by her husband and two children. “Heidi answered the call of duty and lost her life while protecting those she served,” RCMP Assistant Commissioner Lee Bergerman said at a Sunday press conference.

Another victim of the shooting has been identified as Lisa McCully. Her sister, Jenny Kierstead, wrote on Facebook, “This is so hard to write but many of you will want to know. Our hearts are broken today as we attempt to accept the loss of my sister, Lisa McCully, who was one of the victims of the mass shooting in Portapique last night. Our condolences go out to the other family members who are affected by this tragedy. Thank you for your support, it’s a hard day.”

Two other victims have been identified as Greg Blair and Jamie Blair, according to a family member. A male officer was injured and remain hospitalized Sunday with non-life-threatening injuries, Bergerman told reporters. He was not identified.

It was reported that “Gabriel Wortman is a suspect in active shooter investigation, and now in custody. More information will be released when available.” Authorities said they are not yet aware if Wortman was known to police or had any criminal history. Police also said they do not know yet if Wortman had a history of violence or hateful opinions. When asked about Wortman’s motivations, the RCMP’s Leather told reporters, “We simply don’t know at this time. Those are of course the very issues that will be under close investigation in the coming days. But I’m afraid I don’t know at this time.”