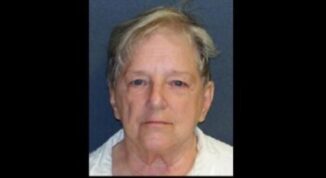 Genene Jones is a former nurse from Texas, who sentenced for life in prison after pleading guilty to killing an 11-month-old boy in 1981. She suspected of murdering dozens of young children. Jones was sentenced to 99 years in prison. During the investigation, LaHood’s office determined Jones could be responsible for the deaths of nearly 60 children.

Genene Jones, 69, was dubbed by local media as the "killer nurse" following the deaths of dozens of children at a San Antonio hospital more than three decades ago.https://t.co/39W8g0t3f4

She was indicted on a charge of murder in the December 12, 1981, death of 11-month-old Joshua Sawyer. If convicted, she could spend the rest of her life in prison.

Jones previously served time after being convicted for the killing of 15-month-old Chelsea McClellan. She was sentenced to 99 years in prison in 1984 but would have been released in 2018 because of a state law meant to relieve prison overcrowding.

Later in 1984, she was prosecuted in Bexar County for injecting Rolando Santos, then 4 weeks old, with a lethal dose heparin and sentenced to 60 years in prison, LaHood’s office said. The baby survived.

She was convicted in Williamson County of infanticide and sentenced to 99 years in prison for killing Chelsea. McClellan-Wiese would learn later that the nurse had injected her daughter with a drug called succinylcholine, which causes muscle relaxation and short term paralysis. It stopped Chelsea’s heart. Jones pleaded not guilty and insisted she had nothing to do with the deaths.

New with @propublica: Genene Jones, suspected for decades of killing multiple children, was sentenced to life after accepting responsibility for a second San Antonio death. https://t.co/ConeMTtptD