Grace Victory is an British YouTube star who is in a coma with Covid the day after she gave birth to a baby boy. She caught the virus two weeks ago while pregnant with her first child. She is from High Wycombe, who won fans with her candid videos addressing tough topics such as eating disorders and mental health.  She has best known for dubbed “the internet’s big sister”

Victory has been placed in a medically induced coma after giving birth to her son on Dec. 24. She caught coronavirus while pregnant and doctors decided the baby, due in February, needed to be delivered on Christmas Eve.

Victory was taken to intensive care on Christmas Day after developing problems with her breathing and put into an induced coma.

A heartbreaking statement on her Instagram page tonight read: “As you guys know, Grace gave birth on Christmas Eve to a beautiful baby boy, who is currently doing so well, he’s incredible.

“We love him so much. Grace developed Covid-19 two weeks ago and although her symptoms were mild at first, they worsened as the days went on. 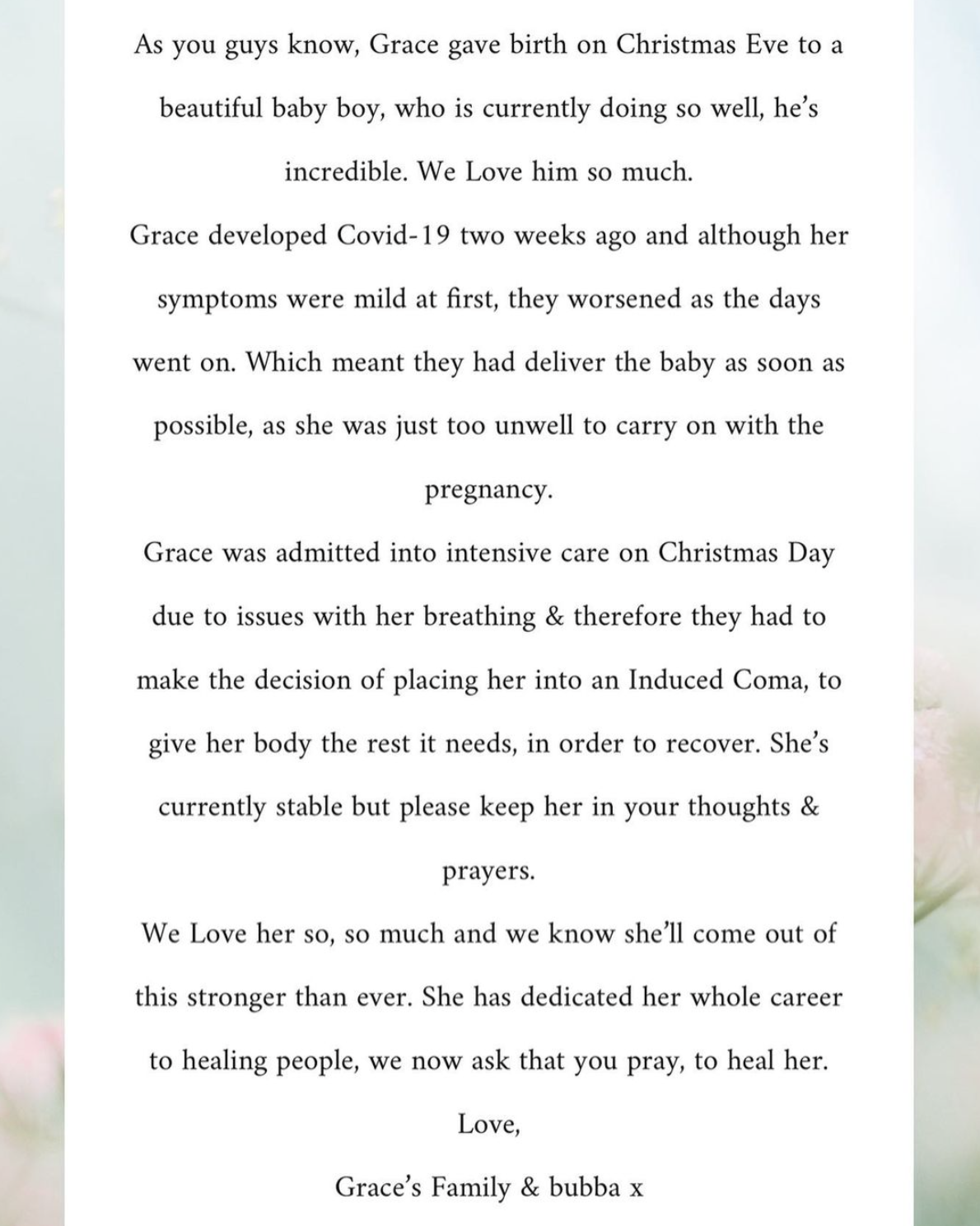 The star gave birth to her first child with boyfriend Lee on Christmas. Grace and Lee welcomed their first child before Grace was taken to intensive care.

Little Mix’s Leigh-Anne Pinnock, who is among Grace’s celebrity followers, replied: “Sending you so much love to you all.”

The YouTuber has long been honest about the troubles and traumas in her life, comparing her own childhood growing up on a High Wycombe council estate to an episode of Jeremy Kyle.