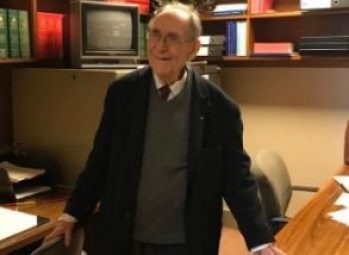 Graham Freudenberg Bio: He was an Australian author and political speechwriter, who worked with the Australian Labor Party for over forty years. He was appointed Arthur Calwell’s press secretary in June 1961.

Graham was born in Brisbane, Australia in 1934. He was raised in Brisbane. His father was a soldier who fought at Gallipoli and, being a patriot.

He named his son after a former colonial Governor of Queensland, Field Marshal Sir Henry Norman. Although Jewish.

Graham was educated at the Anglican Church Grammar School in Brisbane. He then studied journalism in Melbourne and worked for some years with the Melbourne Sun.

Freudenberg wrote over a thousand speeches for several leaders of the Australian Labor Party at both the New South Wales state and federal level.

He was centrally involved in policy speeches for 14 federal elections and 9 New South Wales state elections.

Freudenberg was a principal speechwriter for the leading campaign It’s Time speech that Labor Leader Gough Whitlam presented at the launch of the Labor campaign for the 1972 Australian federal election.

In 1990 he was appointed a Member of the Order of Australia (AM) in recognition of services to journalism, to parliament, and to politics.

From 1995–1998 he served on the Council of the National Library of Australia.

In June 2005 he was inducted as a life member of the NSW ALP. He lived in retirement on Bribie Island, Queensland.

On 26 July 2019, it was announced that Freudenberg had died after a long illness. In a tribute to Freudenberg after his death, one of his journalist colleagues, Eric Walsh, described him as Australia’s greatest political speechwriter.

Graham Freudenberg died early morning 26 July 2019 in hospital at age 85. He had been suffering from prostate cancer for several years.

I have some sad news: Graham Freudenberg died this morning. He was a fine journalist, brilliant author and speechwriter without peer to Calwell, Whitlam, Hawke, Wran and Carr. He was my friend and collaborator and I shall miss our regular talks about politics and history. #auspol