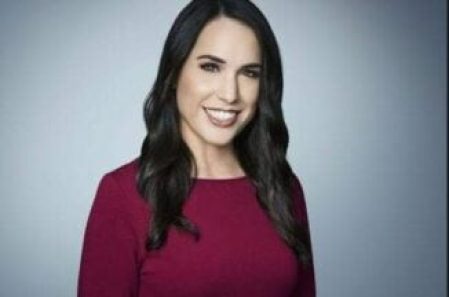 Who is Hadas Gold

Hadas Gold, born on 25 February 1988, is a journalist who led the On The Media blog as the lead writer about 2016 Election while working as a media reporter for Politico. She later gained popularity as a media and business reporter for CNN and CNN International.

Before working for Politico, Hadas worked as an intern at 60 minutes, Politifact and Cox Newspaper. She then worked as a freelance producer with Colombia TV Network NTN 24.

But for her, popularity came with a price. While she was working for Politico, in 2016, Hadas got targeted with anti-Semitic threats, tweets, and emails including a threat against her life along with other Jewish journalists. Her employer at the time had reported the police about the threats.

Later, after working for five years with Politica, Hadas left to work for CNN as their politics, media and business reporter. Her fame grew, and she was named one of the most influential media reporters by Mediaite in 2017.

Now, she sits on the National Council for George Washington University School of Media and Public Affairs.

Although she has many experiences to share publicly, her net salary remains unknown to the public. Also, her height and weight have not been disclosed as well, but her nationality is revealed to be American.

Hadas age 31, was born in Tel Aviv, Israel to a family of Jewish ethnicity. Her mother Daphna is a Hebrew teacher and her father Yoram Gold is an Israeli Defense Forces veteran and project manager for a drug company.

At the age of 3, she moved to Scottsdale, Arizona and later in 2006 graduated from Desert Mountain High School. She attended George Washington University and completed her education with a BA in Journalism and an MA in Media and Public Affairs.

While in school, she received awards from the Society for Professional Journalists and the Associated College Press for working as news and feature editor at the GW Hatchet. Then she got awarded with a fellowship from the Pulitzer Center in 2011.

Hadas got married to her husband, Dr. Christopher Alex Hooton in the foothills of the surrounding desserts in Scottsdale, Arizona in 2017. She shared a wedding picture with her husband on her facebook.

The couple is often spotted being supportive of each other and does not shy off on mentioning each other on their social media.

Talking about Christopher, he is the chief economist for the Internet Association in Washington leading the organization’s economic analysis and research on the internet sector. He also works as Senior Scholar (non-resident) at the George Washington University.

Before working as an economist, Hadas’ husband had worked as a consultant in the World Bank, the Inter-American Development Bank, and other leading organizations.

He also formerly worked as a lecturer on policy evaluation and evaluation research at the Social Science Research Methods Centre of the University of Cambridge.