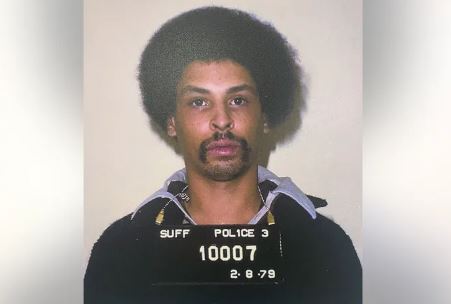 Herbert Rice is identified as the suspect killer of a 20-year-old Bay Shore woman who was found beaten, bound, and strangled 42 years ago.

The website led the FBI and Suffolk police detectives to DNA from the suspect’s son. Eve Wilkowitz’s murderer is now dead, but he’s been identified as Herbert Rice, a Bay Shore man. He was 30 when Wilkowitz was tortured, raped, and killed. Rice died of cancer in 1991.

“They exhumed the man’s body,” Irene Wilkowitz, Eve’s younger sister, told PIX11 News Tuesday evening after we received word about the break in the case.

Her voice filled with emotion as she shared, “They were able to get 100 percent identification.”

On March 22, 1980, she caught the last train home to Bay Shore after her writer friend, Jack Dempsey, dropped her off at Penn Station in Manhattan. Eve Wilkowitz’s body was found not far from the train station three days later.

“She was held alive for three days before she was killed,” Irene Wilkowitz told us in 2016.

Wilkowitz was 17 when her only sibling was killed. The two sisters had lost their mother to breast cancer in 1976. Wilkowitz named her son Evan after his late aunt. He told PIX11 News in 2016; he was honored to be named after her.

Irene Wilkowitz struggled with health issues decades after her sister’s death. She was diagnosed with Crohn’s disease, a painful intestinal disorder, and joined a running club, hoping she would feel better.

“When I’m running, that’s the only time my mind is completely free,” Wilkowitz told us in 2016.

She later had a bilateral mastectomy when she was diagnosed with breast cancer. Wilkowitz told PIX11 News she had an eerie reaction when police told her they felt they’d solved her sister’s case last December.

“When they came here, it felt like they told me all over again that she was dead,” the sister recalled.
“It traumatized me forever.”

Through tears, the sister added, “She’s still dead. It shouldn’t have happened. And I’ll never know why it happened.”

Irene Wilkowitz received the news about the identification last Thursday. But she told us that back in December, detectives and FBI agents traveled to her home in Rhode Island to reveal they were pretty positive they knew who had killed her sister.

A distant relative of Herbert Rice had submitted his DNA to a genealogy website, and there was a familial link to DNA in the evidence kit from Eve Wilkowitz’s rape and murder. The relative led the FBI and Suffolk detectives to Herbert Rice’s son, who agreed to give a DNA sample to help the case.

Irene Wilkowitz will travel to Suffolk County from her home in Rhode Island on Wednesday. A formal press conference will be held with Suffolk County District Attorney Ray Tierney and Police Commissioner Rodney Harrison.

In 2016, Irene Wilkowitz decided to go public with her sister’s cold case for one of PIX11’s Mystery segments.

“I have to be her voice,” Wilkowitz said.

She talked about her sister getting a dream job in 1980 with MacMillan Publishing in Manhattan, where she struck up a friendship with a young writer there. Eve Wilkowitz was living in Bay Shore with a boyfriend at the time.