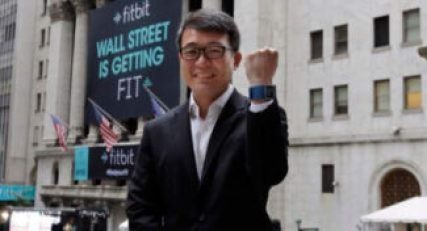 James Park is the 42 years Korean-American technology entrepreneur. He was born in 1977 in South Korea. He co-founded Fitbit and has been CEO and President of Fitbit since September 2007.

He grew up in northern Ohio. Park earned his high school diploma in 1994 from University School, a private institution for boys with two campuses in the Cleveland area. The school lists Park on its website as one of its Distinguished Alumni. After high school, Park attended Harvard University. He chose computer science as his major. But Park dropped out without a degree.

Park co-founded Fitbit with Eric Friedman on March 26, 2007, after according to a Forbes profile realising the potential of sensors on the Wii remote such as accelerometers paired with smaller and smaller devices.

With @jcal7 and Eric in front of the @NYSE right before the @fitbit IPO pic.twitter.com/5ecmWXo0Jr

The co-founders started with an initial investment of $400,000 contributed by them and others but realised one year after starting that more funds would be needed for a product launch.

They were able to get additional funding from SoftTech and True Ventures. Park found the initial stages of developing the product to be tough, especially in finding a hardware manufacturer. He recalled the search for the right supplier and organising the production line in Asia left the company pretty close to being dead.

James Park was named to Forbes’ 2015 list as one of the Richest Entrepreneurs in the United States under age 40. Park was #29 on the list with an estimated personal net worth of $660 million.

Fitbit went public in June of 2015. Shares sold for $30.40 on its first day on the stock exchange and the company was valued at $4.1 billion at that time.

He was not concerned about competition from companies such as Apple. Before the IPO, Park explained to the network. There’s over $200 billion of consumer spending on health and fitness. This is a massive market. There’s room for more than one dominant player.

The brand Fitbit is synonymous with health and fitness tracking, so we feel that we have significant competitive differentiators in the market.