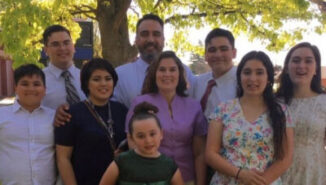 Castaneda died unexpectedly Wednesday as a result of being ill with COVID-19, according to the school’s website, which led to a GoFundMe campaign posted Friday.

In a letter obtained by KTVB-TV, the school board stated that the school would give counselling resources and other support.

Javier was survived by his wife, Maria Castaneda, and seven children. In an email to the Idaho Press, Maria Castaneda’s brother, Kristopher Wieland, said, “Hundreds of his friends, family, and community members have reached out, and we are so grateful for their love and support in this trying time,”

“Many have shared stories of how he has impacted their life.”

How Did Javier Castaneda Die?

According to Wieland, Castaneda began to display symptoms around September 4 and was admitted to the hospital on September 6. On September 10, he was put on a ventilator and died five days later.