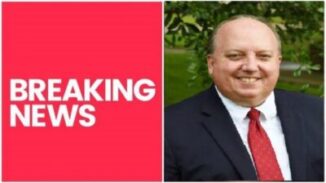 Jeff Perilloux, birth name Elzey Jeffrey Perilloux, will serve 14 years in prison for the multiple counts of sex crimes he was convicted of committing against teen girls, some of whom were his daughters’ friends, according to The New Orleans Advocate.

graduated from Southeastern Louisana College in 1989 and the Loyola University of New Orleans in 1993. He went on to practice in various areas of law including real estate, personal injury, government, wills and successions, and other forms of civil litigation.

He started his own practice — E Jeffrey Perilloux Law Office — which is listed by Google as permanently closed. Perilloux was admitted to the bar in October of 1993.

Perilloux spent 12 years serving as the assistant district attorney for St. John Parish and that he was also the parish government’s top legal advisor from 2004 to 2016.

He won his judgeship in 2016, yet was prevented from hearing any cases starting in May of 2018 when accusations of sexual misconduct were leveled against him.

Perilloux became a candidate for the Division B seat on Louisiana’s 40th Judicial District Court in St. John the Baptist Parish on July 20, 2016, according to court documents.

Perilloux was the subject of a petition filed in 2016 by his primary candidate opponent, Robert Snyder, during that election. In the petition, Snyder claimed that Perilloux should be considered ineligible as a candidate because he did not live in the precinct boundaries of the seat.

Perilloux’s victims were 14, 15, and 17-years-old when he inappropriately touched them. He was accused of sexually touching several of his daughter’s friends in 2017.

Perilloux was also accused of asking one of the teens to “name her favorite dirty word” and when she did not respond quickly, Perilloux responded with the word, “p****,” The Advocate reported.

Perilloux’s defense attorney, Jim Williams, attacked the victims’ credibility and said that his client would “rather spend the rest of his life in Angola than plead guilty to something he didn’t do,” according to The Advocate.

Jeff Perilloux, the St. John the Baptist Parish judge who was convicted last month on four sex charges for fondling several of his daughters’ teenage friends in various episodes in 2017, was sentenced on Monday to 14 years in prison.

Ad hoc Judge Dennis Waldron, a retired Orleans Parish criminal court judge, handed down the sentence — along with a stern lecture — in the same courtroom where Perilloux, 53, was sworn in after he won the 40th Judicial District seat in 2016.

Waldron sentenced Perilloux to three consecutive 4 1/2-year terms for the three felony counts, plus another six months for the misdemeanor count.