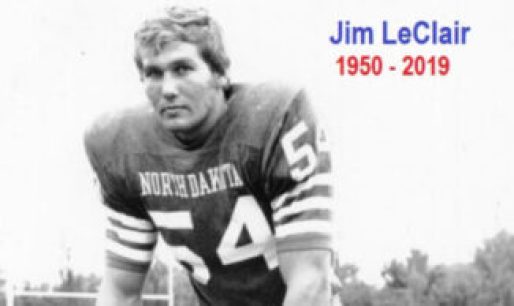 Jim LeClair was a professional American football linebacker. He was born on 30 October 1950 and died on 4 November 2019. LeClair has died at the age of 69. He played 12 seasons in the National Football League with the Cincinnati Bengals and later in the USFL with the New Jersey Generals.

He has died at the age of 69. LeClair attended South St. Paul High School in South St. Paul, Minnesota, where he was a standout football player and wrestler for the Packers from 1966 to 1968. He enrolled at the University of Minnesota, Crookston. He earned a bachelor’s degree in education in 1971.

Lost a teammate and friend today at age 69 from Alzheimer’s. Not only did #55 Jim LeClair take me under his wing as a rookie, he trained me in my comeback from my broken leg in 1989. What a great guy, RIP my friend. pic.twitter.com/FI25Ny7Yxg

legend Jim LeClair passed away today At the age of 69. The great #55 was a 3rd round pick out of South Dakota and played with the bengals from 72-83 🙏🏽RIP🙏🏽 pic.twitter.com/kwVV4LGJHi

After his NFL career, LeClair became the head coach of the Mayville State University football team from 1986-1988. He later became the mayor of Mayville, North Dakota. He also operated an insurance agency in Mayville.

From South St. Paul MN, to U of M Crookston Trojans, to UND, the NFL, Mayville State Comets, and the mayor of Mayville, ND. RIP Jim. I will always have great memories of our time together. #jimleclair @Bengals #RIP https://t.co/Pl0Kc4IRxQ

Former UND and NFL linebacker Jim LeClair died early Monday in Mayville, where LeClair had an insurance business. He has died at 69.