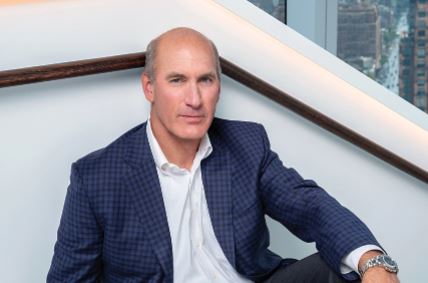 John Stankey is an American businessman who currently serves as C.E.O. of AT&T Inc. and a member of the board of directors of AT&T Inc. Previously served as president and C.O.O. of AT&T and is former C.E.O. by WarnerMedia. Stankey led the acquisition of DirecTV and Time Warner by AT&T in 2015 and 2018, respectively. He assumed the position of C.E.O. of AT&T effective July 1, 2020, succeeding Randall L. Stephenson.

Stankey grew up in a Jewish home in Los Angeles, the youngest of three siblings. His father was an insurer, and his mother a homemaker. In the 1980s, he graduated with a B.B.A. in Finance from Loyola Marymount University. In 1991, he obtained an M.B.A. from UCLA.

Facts You Need To know

In 1985, Stankey assumed an entry-level position at Pacific Bell, which S.B.C. Communications acquired in 1996. Stankey served as Executive Vice President of Industrial Markets beginning in 1998 and became Executive President of Industrial Markets in 2000. In 2001 Stankey became President and Chief Executive Officer of S.B.C. Southwest. Stankey served as C.I.O. of the “new AT&T” after S.B.C.’s merger with AT&T Corporation ended in 2005, becoming AT&T senior vice president and C.T.O. from 2008 to 2012; Stankey held various senior executive positions within the company. And in January 2012, Stankey became the C.S.O. and group president of AT&T.

Stankey served on the board of directors of the U.P.S. from 2014 to 2020. In 2018, Stankey was named C.E.O. of WarnerMedia, which owns several film and media corporations, including Warner Bros., HBO, Turner Broadcasting System, and CNN. Immediately after taking over, Stankey expelled the creative staff and initiated regular layoffs among W.M. staff.

On April 30, 2021, AT&T announced that a non-binding shareholder vote had rejected AT & T’s executive compensation proposal by a slight majority. This was after several AT&T executives, including Stankey and Jason Kilar, landed major equity awards in 2020 despite the COVID-19 pandemic, mass layoffs, poor service, subscriber results, continued subscriber losses, and returns from intermediate actions.

AT&T Chief Executive Officer John Stankey has come under fire after journalist Christopher Rufo revealed his internal show launched after May George Floyd’s assassination. Stankey became the C.E.O. of the telecommunications company in July 2020 and launched the project: Listen to Understand Act. By this, the white staff of the organization was ordered to read an article that says they are racist; they are also he has called for them to admit their “white privilege” and recognize “systemic racism.”

Stankey sent an email to 230,000 AT&T workers in April 2021, which was obtained by Rufo, who posted it on his website. The email read: “As individuals, we can make a difference by doing our part to promote racial equity and justice for all. If you are looking for tools to educate yourself better and learn about racial equality, resources are available at Listen. Understand. Act.”