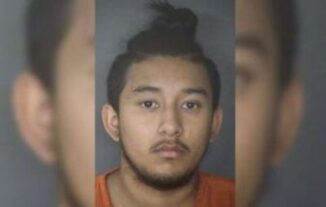 Jorge Carmond is 17 years old Texas Teenager, who charged with the 2018 double homicide of neighbors John and Melinda Smith.

Jorge is once again in the news as a false story went viral on social media claiming.

Investigators soon determined that Carmond lived across the street from the Smiths. After speaking with Carmond’s mother, investigators learned that she’d kicked him out of the house just a few hours before the murders.

No reason was given as to why she had told him to leave the house however she did consent to let detectives search her home.

EXCLUSIVE: Jorge Carmond is accused of fatally stabbing his 2 neighbors, but before he was taken in for questioning & arrested, he arrived at the crime scene & gave this chilling interview to @calebjdowns. STORY ➡️ https://t.co/I0qJtwgqsa @mySA

on April 26, 2018, 17-year-old Jorge approached John Smith, as he was on his way to work. Smith said Carmond instructed him to get out of the car and then stabbed him.

A neighbor called the police after hearing an argument outside. In the midst of the call, she also heard a single gunshot.

When police arrived at the 4400 block of Lost Hills Drive in Elmendorf, they discovered John Smith on the front porch, bleeding profusely from multiple stab wounds.

He Told the Police,

As he was dying, Smith was able to give the officers a description of the suspect and informed them that the crime had been committed by his neighbor.

For unknown reasons, he also shared that his daughter had recently run away from home. Paramedics transported Smith to Brooke Army Medical Center where he later died from his wounds.

A News website revealed what was in responding to Officer L. Castellano’s Offense Report: I did ask John Smith again what happened, Castellano writes.

John stated he was going to work and the neighbor across the street came to his vehicle and told him to get out of the car.

When officers entered the Smith’s home they found Melinda Smith, 59, on the couch with multiple stab wounds. She was pronounced dead at the scene. One of the couples’ dogs had also been stabbed in the eye.

He Approached a reporter from the San Antonio News-Express who was at the crime scene covering the story.

At 9 a.m., Carmond asked the reporter what was happening, mentioned he was the Smith’s neighbor and gave his name as George Bravo.

Carmond told the reporter that he’d lived in the neighborhood for about a year-and-a-half, was friends with the Smiths’ daughter and one of their sons, and said the couple was quiet but had noisy dogs.

He then commented, They didn’t really like me, you know, and added, They were pretty mean.

Before the reporter was able to follow up on the comment, an investigator pulled Carmond away to ask questions and inform him that he’d been identified as a suspicious person.

Jorge Confessed to the Crime Right after His Arrest.

The police also found bags in the open trunk of John Smith’s car that belonged to Jorge Carmond.

The teenager claimed the bags were in the vehicle because Smith had offered to give Carmond a ride downtown. A search of the Smith’s home also found evidence linking Carmond to the murders.

Carmond confessed several hours later and was charged with capital murder. He could face the death penalty or life in prison. Carmond gave no motive for the crime but police suspect he was intent on taking Smith’s car.

A public memorial was held three days after the murders. John Smith was one of the kindest, soft-spoken men you could have ever met.

They would have given the shirt off their back to anyone in need,” one neighbor recalled to KENS 5, adding, “Knowing that they’re with God is the only thing that brings me any peace.

NEW TONIGHT: a neighborhood pays their respect to John and Melinda Smith. The couple was brutally murdered at their home yesterday morning. The suspect is in custody, only 17-years-old. pic.twitter.com/WaQ38jTgXN