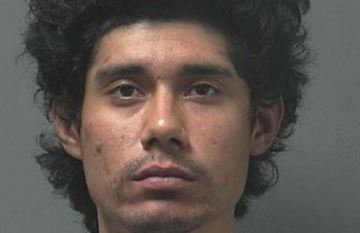 Just before 7:00 p.m., officers were called to four locations along Whitley Avenue when a subject was reported to have accidentally approached people and punched them. A total of six people were reported injured in the attacks, officials said.

Police told Jose Machoka after they were located in the 1200 block of Whitley Avenue that they saw him beating a 73-year-old victim at a gas station.

One man is now in jail after police say he went to six different people and randomly punched them.

At about 6:45 a.m. on October 12, Corcoran officers received calls from a man from 4 different locations to attack people.

Officials say they found him stabbing a 73-year-old man at a gas station.

The man began to flee, and officers chased after him, harassing him.

He was arrested and identified as 28-year-old Jose Machoka.

Machoka was charged in the Corcoran Police Department jail with battery, abuse of adults, and resisting arrest.

He was later taken to Kings County Jail.

All six victims suffered minor injuries and did not need medical attention.

According to officials, Machuka started running when he saw the officers, and a chase ensued. Authorities say police managed to stop the suspect after using a Stun gun to arrest him.

Officials say Machoka was charged in the Korkoran Police Department prison with battery, abuse of adults, and resisting arrest.

Corcoran police officers say Machoka was transferred to Kings County Jail. The bail was set at 85,000. Authorities say all the injuries were minor and did not require medical attention.