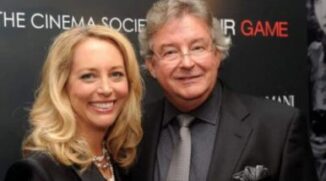 Joseph Wilson was an American diplomat and Ex-Husband of CIA officer Valerie Plame. He was born on 6 November 1949 and died on 27 September 2019 at the age of 69.

Joseph C. Wilson was born in Bridgeport, Connecticut. He grew up in California and Europe and raised in a “proud Republican family.

His mother’s uncle, James “Sunny Jim” Rolph, was mayor of San Francisco, California. Wilson’s father Joe was a Marine pilot in World War II and narrowly escaped death by taking off immediately before the bombing of the aircraft carrier USS Franklin.

Wilson enrolled at the University of California In 1968. He worked as a carpenter for five years after his 1972 graduation.

Later, he became more serious about his education, winning a graduate fellowship and studying public administration.

He Had a Lengthy Diplomatic Career, Largely in Africa.

According to The Times, Wilson’s 23-year career in diplomatic positions largely involved posts in Africa. As a private citizen, he was asked by the Bush administration to investigate claims that Iraq received uranium yellowcake from Niger.

He believed the claims were false, so when President Bush made what Wilson felt were a misleading statement about that claim, he wrote a Times’ opinion piece in 2003 called What I Didn’t Find in Africa.

Wilson’s first marriage was to his college sweetheart Susan Otchis in 1974. the couple had a set of twins, Sabrina Cecile and Joseph Charles V. The marriage ended in an amicable divorce in 1986.

Wilson married his second wife Jacqueline, a French diplomat, raised in Africa, in 1986. Though Wilson and Jacqueline began to live separate lives in the 1990s, they did not divorce until 1998 because Wilson “was never in one place long enough to complete the process.

Wilson had met Valerie Plame in 1997 while working for President Bill Clinton; they married in 1998, after Wilson’s divorce from Jacqueline. They had two children, twins Trevor Rolph and Samantha Finnell Diana, born in 2000; the family moved to Santa Fe, New Mexico, in 2006. Wilson and Plame divorced in 2017.

Valerie Plame Is Running For Congress

Valerie Plame is a candidate for Congress in New Mexico. In a campaign ad that went viral, she drives a Chevy Amaro backwards on an empty road. It’s called “Undercover.”

She wrote in the caption: “I’m running for Congress because we’re going backwards on national security, health care, and women’s rights. We need to turn our country around.”

Joseph Wilson Death and Cause

Wilson died at his home in Santa Fe, New Mexico, on September 27, 2019, as a result of organ failure.