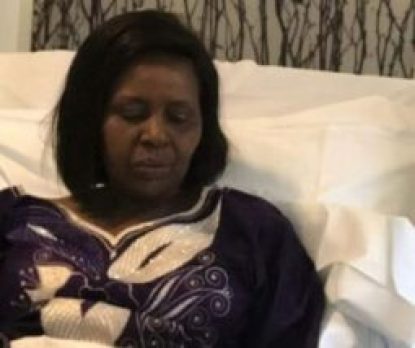 Joyce Laboso Bio: She was a Kenyan politician, who served as governor of Bomet County from 2017 until her death in 2019. She was married and had three sons.

She was born on 25 November 1960 and died on 29 July 2019. Joyce has died at the age of 58. Joyce Laboso was elected to the Parliament of Kenya to represent the Sotik Constituency in a by-election held on 25 September 2008.

She succeeded her sister, Lorna Laboso, who died in a plane crash. A nominee of the Orange Democratic Movement.

Joyce beat 11 other contestants after she garnered 23,880 with a vote margin of 10,000 over her closest challenger, retired Brigadier Alexander Sitienei, who received 13,843 votes.

She was the ACP Co-president of the ACP–EU Joint Parliamentary Assembly.

Joyce worked as a Lecturer in the Department of Language and Linguistics at Egerton University and served as a Commissioner of the National Commission on Gender and Development.

Laboso was one of three first female governors in Kenya, along with Charity Ngilu and Anne Waiguru.

She was married to Edwin Abonyo and had three sons. In 2008, she had to drop her husband’s name and revert back to Laboso because of her marital status to a man from another community provided ammunition for her detractors to degrade her in her political journey.

Joyce Laboso Death and Cause

Dr. Joyce Laboso passed away at the Nairobi Hospital on Monday after succumbing to a long illness. She was 59.#RIPLaboso pic.twitter.com/jf8kSKV8qM