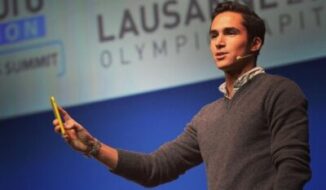 Juan David Borrero is a director of international markets at Snapchat. He joined Snapchat in October 2013 and, through the years, has held various roles, including helping with fundraising, multiple product launches. According to his Linkedin profile, Snap’s first out-of-home marketing campaign helped build Snap’s partnerships team across music, sports, and entertainment.

Juan and his team have negotiated numerous multi-year multi-million-dollar deals across various content formats and products. Currently, they manage relationships with hundreds of rights holders and organizations globally.

More recently, he led Snap’s first-ever partnership negotiations with the International Olympic Committee and FIFA for the Olympics and World Cup, which resulted in 81 and 80 million people watching Snap’s coverage of those events, respectively, and generated millions of dollars in revenue.

Previously, Juan worked at Bank of American Merrill Lynch in New York in the Latin America Distressed Trading/Special Situations Group. The Ecuador-born Snapchat exec graduated from Stanford University in 2012 with two degrees in Economics and International Relations and a minor in Political Science.

Tookes wore a white lace long-sleeve Zuhair Murad gown with a 15-foot train and floral headpiece, a look inspired by the late Grace Kelly, a.k.a. Princess Grace of Monaco, according to the model’s Instagram Story. She paired the look with Ritani jewelry and custom white satin heels by Sarah Flint, according to Vogue. The groom wore a double-breasted Armani suit, the outlet reported.

Tookes wrote on Instagram, alongside photos of her dress fitting: “@zuhairmuradofficial, thank you for making my classic, timeless & beautiful wedding dress come true. It is a piece of art!!”

Tookes and Borrero met in 2016 when Snapchat was getting ready to launch a new feature called Group Stories. The company wanted to hire Jasmine and her friends to promote it, Vogue reported. She went to lunch with him and some of his co-workers, he then invited her to a birthday party, and they kept in touch.

“We all happened to be in L.A. for a fashion show, so I went to lunch with Juan and a couple of other Snapchat employees,” Jasmine told Vogue. “Following that lunch, Juan invited me to a birthday party that same night. There was a natural attraction to each other. We kept in touch since that night, and the rest is history.”

In September 2020, he proposed with a 7-carat Ritani diamond ring during a surprise trip that included a visit to the place they met, Rose Cafe in Venice, Calif.

“After lots of happy tears, I obviously said yes, and this was honestly the best day I could’ve ever imagined,” Tookes told Vogue at the time. “We are very excited and looking forward to a future filled with lots of love and happiness.”

Juan David Borrero’s parents are not together. He is the son of Alfredo Borrero, the 52nd Vice President of Ecuador, from a previous marriage. It is unclear who his mother is. His father is currently married to Lucia Pazmiño Salvador. Juan David Borrero’s father, Alfredo Borrero (full name Alfredo Enrique Borrero Vega), is an Ecuadorian neurosurgeon and politician. He has been the 52nd vice president of Ecuador since May 24, 2021. Alfredo was born in Cuenca, Ecuador, on October 19, 1955. He is a graduate in Health Administration from Harvard University.

Juan David Borrero is the son of Alfredo Borrero, an Ecuadorian neurosurgeon and politician. He has four siblings.

Juan David Borrero’s net worth is estimated to be $10 million. His wife, Jasmine, has an estimated net worth of $5 million.

Juan David Borrero is Hispanic. His wife, Jasmine Tookes, is of mixed ethnicity; she is of European, Brazilian, African, and West Indian descent.