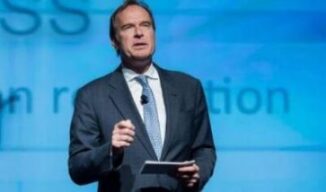 Jud Bergman was the CEO of Evestnet, who died on October 3 in a car crash on U..S Highway 101 in San Francisco. He has died at the age of 62.

Touching words by @AaronKlein about the late Jud Bergman and his wife Mary to an audibly sad crowd at #fisummit pic.twitter.com/lvfheNw7CA

In a 2014 interview, Bergman said, he was a reluctant entrepreneur. Having worked at Nuveen for 17 years, Bergman said of starting his own company, and There was never an ‘aha’ moment, just a growing conviction that this was a good thing to do.

In tribute to Bergman, Crain’s Chicago Business referred to him as the man who changed financial services technology for the better in 1999 when he founded Envestnet. The tribute said that Bergman had revolutionized the industry.

In 2006, his first wife, Susan, who co-founded Envestnet, succumbed to brain cancer. She had first diagnosed with the disease in 2002.

RIP Jud Bergman. Visionary, Courageous, Unifier…he was too humble to be talking about himself, but those qualities summed him up, as do Curious, Generous, Inspiring. What a loss. Thinking of his family and his Envestnet family today. https://t.co/U2ojnXy2cN pic.twitter.com/tzMk2umVYj

Jud Bergman and his wife Mary Miller-Bergman has died on 3rd October in a car crash on U..S Highway 101 in San Francisco.

The California Highway Patrol said that the accident caused when a truck drove the wrong direction along the highway and hit a taxi that was carrying Bergman and his wife.

Vestmark and CEO @john_lunny send our deepest condolences to the Bergman family and to the Envestnet community. The loss of Jud and his wife Mary is extremely tragic and heartbreaking. Jud was a wonderful leader and set a great example in our industry. @ENVintel pic.twitter.com/wcPkJwmC5n

The truck driver and the taxi driver also killed. In total, four people were pronounced dead at the scene. The Associated Press reports that Bergman had thrown from the taxi.

The truck driver has named Emilie Ross, 34. The taxi driver’s name is Berkant Ramadan Ahmed. The highway patrol described Ross as being “impaired,” which caused the crash.