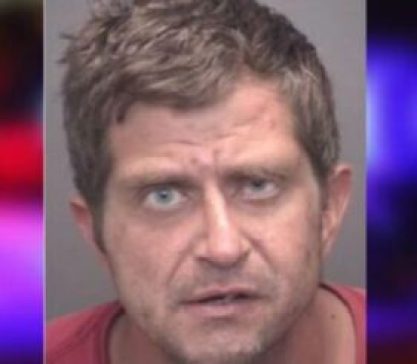 Justin Head is accused Head of attempting to gouge out the eyes of his roommate during a fight. He is 38-years-old and from Evansville, Indiana.

Justin Head is 38-years-old and the victim is 58-year-old old (name not disclose.)

Police say called them to Blueberry Court because of reports of a man beating a victim while saying, “I’m going to beat the devil out of you!”

Officers say they found the 58-year-old victim bleeding from his Head, eyes, arm, and leg, and his shirt was nearly torn off of him.

They say he told them his roommate tried to throw him off the second-story balcony and then confined him in the apartment.

He says he could eventually escape, but Head caught him outside, beat him, and tried to gouge out his eyes.

Police say the victim was bleeding from his eyelids.

Officers say Head admitted to all the accusations and said he would kill the victim when released from jail. They say he told them, “I must rid the world of evil.”

Alleged Victim: Head Tried To Gouge Out Eyes. “According to EPD, the victim called them after he was violently assaulted in the home he shares with the suspect. The victim claims Head tried to throw him off the balcony but failed. Police reports say Head then chased the victim and tried to gouge his eyes out. ”