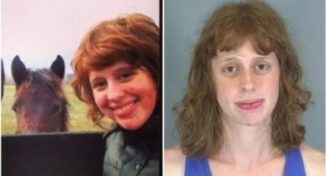 Katrina Aliff is a former dog training instructor from South Carolina. She is 23-year-old as of 2019. Aliff is suspect of molesting an 11-year-old on a cross country trip from Minnesota to Greenville.

She accused of molesting a child on September 6, 2019, in South Carolina. Aliff did knowingly cross a state line with the intent to engage in a sexual act with a person who had not attained the age of 12 years.

Authorities figured out a possible location where the child was believed to be, which identified as Aliff’s current residence.

When authorities arrived at Aliff’s apartment, her roommate consented to them accessing the Apartment, the federal complaint says, and the child found in Aliff’s bedroom with Aliff.

Katrina Aliff, 23, Kidnapped, and Sexually Assaulted a Minnesota Girl Under the Age of 12, using the online social app Amino.

She drove the child to South Carolina and sexually assaulted her. The FBI found the girl naked in Aliff’s bed. #FirstThemhttps://t.co/sIbpkwSPAO pic.twitter.com/05ApxZ1cpq

According to the complaint, it observed that Aliff was wearing a tank top and no additional clothing to include undergarments when she answered her bedroom door.

The child was found on the far side of the bed in Aliff’s bedroom without any clothing.

Aliff had picked her up in her car, and they began the trip to South Carolina

When they came to Aliff’s apartment, her roommate left them alone, and they drank some of the beer and then bathed together in a bathtub.

They began engaging in sexual activity when they were in the bathtub together, the complaint alleges.

Aliff and roommate drank more beer, and Aliff allegedly described the girl as a little bit lost because of the alcohol. They continued the sexual activity in Aliff’s bedroom, according to the complaint.

The charges filed in the District Court of the United States for the District of South Carolina Greenville Division.

Aliff accused of one count of aggravated sexual abuse of a child under age 12 and one count of transportation and travel of a minor with intent to engage in criminal and illicit sexual activity.

On September 10, the government moved for detention, according to court records. The court told Aliff “needed physical and mental health care,” documents say, and the court granted the defendant’s request for a mental health evaluation.

She was committed to a federal facility for a reasonable time until the examinations could be completed.