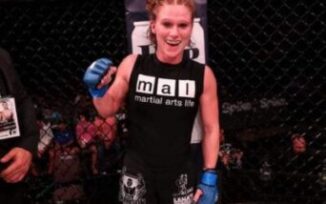 Katy Collins was a Veteran MMA fighter. She was initially from Marked Tree, Arkansas, where she attended Marked Tree High School.

She lost her last fight in June 2018 to Jaimelene Nievera at the Legacy Fighting Alliance event in Branson, Missouri. That loss proceeded two others, on March 2018 and September 2017 respectively.

Collins last win came in July 2017 over Bruna Vargas. In total, Collins fought 12 times, winning seven times and losing five. Collins had her first professional fight in May 2011. She had been competing on the amateur circuit since 2011.

She said on her Facebook page that she was initially from Marked Tree, Arkansas, where she attended Marked Tree High School. 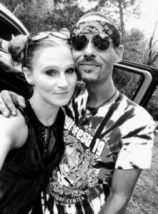 According to a GoFundMe page that had been set up to help to pay for Collins’ medical expenses, Collins suffered a brain aneurysm on September 20. The page refers to Collins as “a loving, caring, selfless individual with a huge heart.”

While another paragraph says that Collins was “young and strong and full of life and love.” The page adds that her two young sons survive collins.