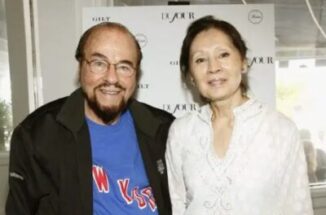 Kedakai Turner is the second wife of James Lipton. She was married to Lipton at the time of his death. Lipton died on March 2, 2020, at 93 years old, of bladder cancer. His wife confirmed the news to TMZ, saying he passed away peacefully in the morning.

Turner and Lipton married one another after they’d been dating for nine months. Though Turner remained relatively private throughout her marriage to Lipton, she did work with him on a number of his projects. One such project was her illustration work on his book, An Exaltation of Larks.  Lipton told Parade Magazine in an interview,

“We met at the ballet. I took one look at her and I fell madly in love. I called her the next day and asked her to have dinner with me. Nine months later we were married.”

In his interview with Parade Magazine in 2013, Lipton was asked what the greatest achievement of his life was. “No doubt about it,” he said, “Marrying Kedakai.” When asked why his marriage had lasted 40 years, he said, “Because Kedakai is a masterpiece.”

Per The New York Times, Turner was often present in the audience during Lipton’s shows. One of the running jokes on his show was that she forbade him from ever getting a tattoo.

Turner and Lipton didn’t have any children together for the duration of their 40-plus year marriage. Turner is his only surviving immediate family member. In an interview with Parade Magazine, Lipton was asked the question he always asked others on his show. The question was: If heaven exists, what would you like to hear God say when you arrive?

Lipton replied, “I want Him to say, ‘You see, Jim, you were wrong. I exist. But you may come in anyway.’”

Turner was a model and real estate agent prior to marrying Turner. However, she’s known for being the model who inspired the model on the Clue board game cover. Turner’s involvement with the iconic game has inspired so much interest that it’s the subject of multiple Reddit threads.