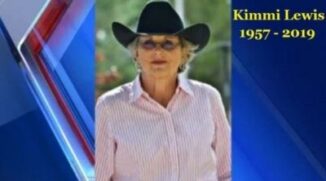 Kimmi Lewis was an American politician. She member of the Colorado House of Representatives (since 2017), has died on December 6, 2019, from breast cancer.

Lewis was born in 1957 and died on December 6, 2019, at the age of 62. She attended Trinidad State Junior College. She served as a state representative from Kim, Colorado,

She was first elected in 2016. She defeated Republican-Democrat Timothy Dover in the primary and won the general election.

Lewis was a rancher. She owned and operated a muddy wrench near Cummings, Colorado, in eastern Los Animas County. Her husband died in 2000, leaving her to run and finish raising her six children, all of whom have graduated from college.