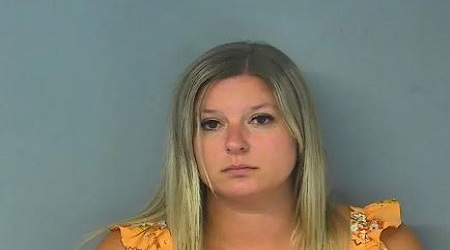 Kristen McAllister is an English teacher at Tabb High School in Yorktown who allegedly began an illicit relationship with a student in late 2021.

PEOPLE confirms that the high school teacher has been accused of taking indecent liberties with a student in Virginia.

According to a brief press release issued late last week by the York-Poquoson Sheriff’s Office, Kristen McAllister, 32, she was allegedly engaged in an ongoing and inappropriate relationship with an underage student.

“The investigation began after the York-Poquoson Sheriff’s Office received a report of an inappropriate relationship between a teacher and students,” reads the statement, noting that the investigation into McAllister’s alleged actions continues.

The English teacher, who worked at Tabb High School in Yorktown, was charged with two felony counts of taking indecent liberties with a child by a person in a custodial or supervisory relationship and two misdemeanor counts of contributing to the delinquency of a minor.

She has not entered pleas to the charges and was released on bond.

Attempts to reach McAllister for comment on Monday were unsuccessful.

At this point, only one victim has been identified.

In a statement, the York County School Division confirmed it learned of the allegations Wednesday evening and immediately turned that information over to police.

“The York County School Division and Tabb High School take the safety and well-being of our students seriously,” the statement reads. “Our hiring procedures involve mandatory and thorough background checks and fingerprint clearance. We expect that our staff conducts themselves in a professional manner at all times, and any time there is a question of safety or misconduct, we immediately investigate.”

“The division is committed to working closely with the Sheriff’s Office in the ongoing investigation,” the statement continues. “The staff member will not be permitted on campus or other YCSD property while this investigation is ongoing and we will follow division policy regarding employment status.”

Anyone with additional information about McAllister can call 757-890-4999 or the anonymous Crime Line at 1-888-LOCK-U-UP.