Kyle Rittenhouse was named as an accused shooter in the chaotic series of shootings that unfolded at a Kenosha, Wisconsin. He has been charged with murder over the killings on Tuesday night in Kenosha.

He is an Antioch, Illinois, teenage supporter of police who filled his Facebook page with pictures of guns and police advocacy. He is in custody in Illinois, where he was accused of being a fugitive from justice. The records say he’s also being accused of first-degree intentional homicide in Kenosha.

Rittenhouse’s mother’s Facebook page indicates she works in health care and is a law enforcement supporter. Her name is Wendy Lewis. 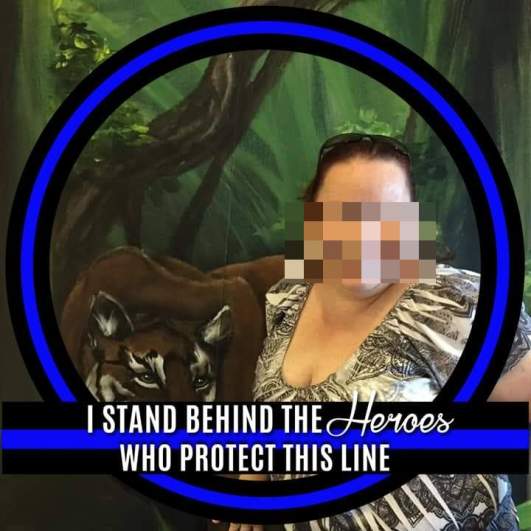 cellphone video from the scene showed some of what happened?

On August 25th, the shootings erupted as demonstrators and counter-demonstrators milled in the streets and were pushed back from a park and courthouse by authorities. Three people in total were shot–two died. Sheriff David Beth said one victim was shot in the head and the other in the chest, the Milwaukee Journal Sentine l reported. A third person was also shot, but the wounds were not believed to life-threatening.

Curently, Rittenhouse is the only accused shooter named so far. Moreover, the unrest sparked after Blake, 29, was shot and paralyzed by a Kenosha police officer in an incident still under investigation. A witness, Julio Rosas, 24, said that when the gunman stumbled and fell, “two people jumped onto him and there was a struggle for control of his rifle. At that point during the struggle, he just began to fire multiple rounds, and that dispersed people near him.”

Later, he said, “The rifle was being jerked around in all directions while it was being fired.”

(Warning, Graphic/Violent)
A crowd chases a suspected shooter down in Kenosha. He trips and falls, then turns with the gun and fires several times. Shots can be heard fired elsewhere as well, corroborating reports of multiple shooters tonight #Kenosha #KenoshaRiots pic.twitter.com/qqsYWmngFW

Rittenhouse’s name, which was widely shared on social media as the man in a green shirt who opened fire after being chased down the street, is contained in the court records. Heavy obtained a court record from the Lake County Courts in Illinois that confirms Kyle Rittenhouse, 17, of Antioch, is being accused in Kenosha County courts in the State of Wisconsin “with the offense of first-degree intentional homicide.” He was accused in a warrant having “fled the State of Wisconsin with the intent to avoid prosecution in that offense.” The document was filed on August 26.

According to the Huffington Post, he is only 17. Witnesses told Heavy at the scene that he was with a group of white males who came to Kenosha to defend property after Black Lives Matter protesters caused a series of arson fires and other property damage throughout the city. In one instance, an officer was struck with a brick. A call for armed citizens to defend people and property then went out on social media, although Kenosha police have not yet confirmed which group Rittenhouse was associated with if any. Dramatic photos from the scene show him being struck by a man with a skateboard at one point in the sequence of events that saw a man now accused of being Rittenhouse being chased down the street before opening fire.

The shootings erupted the evening of August 25 as demonstrators and counter-demonstrators milled in the streets and were pushed back from a park and courthouse by authorities. A series of clashes unfolded, and witnesses and videos show several different incidents of gunfire erupting in sequence. Witnesses and dispatch audio indicated there might be more than one shooter. Rittenhouse is the only accused shooter named so far.

Two people died and a third was shot during demonstrations in Kenosha, Wisconsin, shortly before midnight on August 25 in what witnesses and videos indicate was a chaotic series of shootings in the street. Graphic videos show a victim lying on the ground with a head injury. A person in the video claims that Rittenhouse was shouting that he wasn’t the shooter before falling to the ground and opening fire.

The unrest sparked after Blake, 29, was shot and paralyzed by a Kenosha police officer in an incident still under investigation. A video showing that shooting went viral.

The teenager, who was armed with an AR-15, is from Antioch, Illinois, and crossed state lines to stand guard outside businesses during unrest stemming from the police shooting of Jacob Blake days earlier.

He was taken into custody in and will be charged with first-degree intentional homicide, USA Today’s Nick Penzenstadler tweeted.

Photos on Rittenhouse’s mother’s Facebook page show him in what appears to be a police cadet uniform and a firefighter’s uniform. 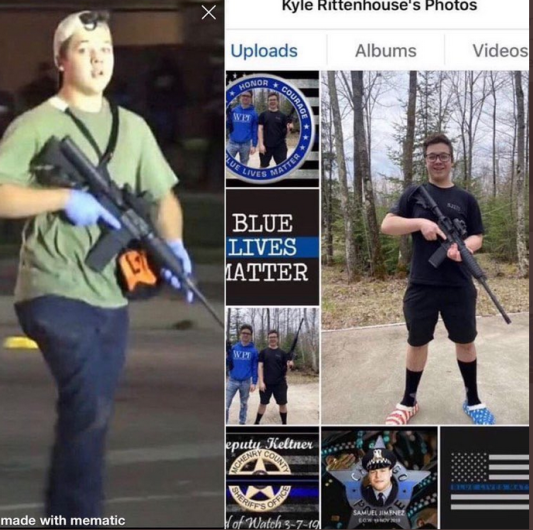 “On August 25, 2020, at about 11:45 p.m. Kenosha Police, along with assisting agencies, responded to the area of 63rd Street and Sheridan Road for reports of shots being fired and multiple gunshot victims,” Kenosha police wrote in a news release.

“The shooting resulted in two fatalities and a third gunshot victim was transported to a hospital with serious, but non-life-threatening injuries. The shooting investigation is active and ongoing. No further details regarding the shooting will be released at this time. The names, ages, and cities of residence for the victims are still being determined.”

Police have not confirmed whether there is more than one suspect. They also haven’t yet identified the victims.

Screenshots from his Facebook page shows that his profile picture shows him and a friend holding a large weapon with the words blue lives matter in a circle around them. The cover photo shows him with a large weapon. The photos are filled with law enforcement graphics, some honoring fallen officers, and others a thin blue line flag. The page has been deleted.

A photo from his Facebook page showed him in a thin blue line flag shirt as far back as 2018, when he would have been around age 15. 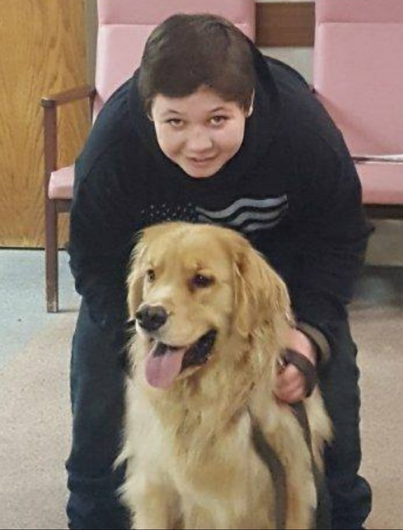