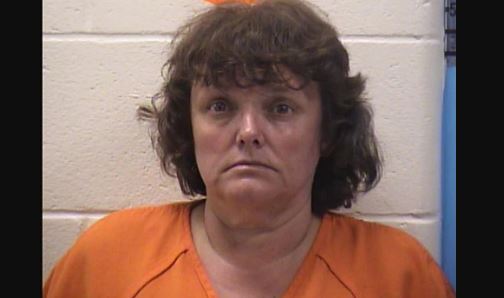 Lee Ann Daigle was charged with the murder of her newborn baby nearly 40 years ago. Her adult daughter says Daigle thought at the time that the baby was stillborn and now believes the pregnancy may have resulted from a sexual assault.

The mother of a newborn baby girl who was abandoned and died in below zero temperatures in a gravel pit in Maine 36 years ago has been charged with her murder.

Daigle had been indicted by an Aroostook grand jury on one count of murder. She appeared in court on Tuesday.

“This case was the culmination of decades worth of investigative work from dozens of now retired and current detectives who never gave up finding answers and justice for Baby Jane Doe,” police said in the release.

Daigle is being held without bail at the Aroostook County Jail in Houlton and has pleaded not guilty.

Police said that Lee Ann Guerette, later Daigle, was 21 years old when she went to a nearby gravel pit in Frenchville, Maine (which is right on the Canadian border), delivered a live baby girl, and then left her alone in freezing temperatures on or around Dec. 6, 1985.

The body of Baby Jane Doe was found on Dec. 7, 1985, by a Siberian Husky named Paca, who dragged the newborn’s body about 700 feet to the then-home of its owners, Armand and Lorraine Pelletier, police said.

“She kept pounding at the door’s window to get back in,” Armand Pelletier told the Bangor Daily News in 2014. “She kept pounding, and after a while, I went to go look, and I could not believe what I saw. I saw what looked like a little rag doll, but then we saw it was a frozen little baby.”

Detectives could track the dog’s path back to the location where Baby Jane Doe was born and then abandoned. The child still had her umbilical cord attached, and investigators could determine that her death was unrelated to being carried home by Paca. They also found blood and placental material at the scene.

“It was so cold, just very, very cold,” Maine State Police Maj. Charles Love said of that day to the Daily News in 2014. “I was not the first officer on the scene, but I was one of the earliest.”

“Why leave a baby in the gravel pit?” Lorraine Pelletier asked the Daily News this week. “Why not come to our house and say you had just had a baby and needed help — we would have taken that baby and helped her in any way we could.”

Two years ago, Detective Jay Pelletier — who grew up in the area but is not related to the Pelletiers who discovered the body — was working at the Maine State Police Unsolved Homicide Unit and decided to take up the case, Presque Isle, Maine CBS affiliate WAGM reported.

“Having been from the area, I remember the media coverage initially,” he told the station. “With the addition of DNA and genealogy information, we felt that this was a case that could be worked on at this time.”

Ultimately, they were successful.

Several months ago, police approached Daigle’s ex-husband, John Daigle, and asked him if Lee Ann Guerette had been pregnant when they met in the summer of 1985, the Press Herald reported.

He was then a 23-year-old college student, and the two met at a Jul. 4 celebration — five months before she gave birth.

As summer turned to fall, Guerette met Daigle’s parents, and they all celebrated the Thanksgiving holiday together, he told the Press Herald.

He said no one said or knew anything about pregnancy.

He was stunned when police told him about the baby.

“I fell to the floor,” John Daigle told the Press Herald. “It shocked me, that she had delivered a baby all by herself, at 30-degree-below weather, and drove herself home. I’m sure she bled.”

He was at college at the time.