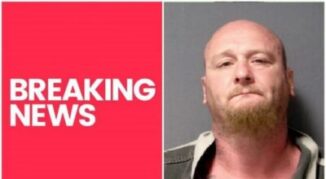 Lee James Mouat, 42, is charged with a hate crime for yelling "Nigg*rs don't belong on this beach” then striking a teenager with a chain bike-lock—knocking out teeth & breaking his jaw.

The #2020Election is BOTH a presidential election—and a referendum on hate. #HateCrime pic.twitter.com/Ar6iicENdO

Freelon Jr. and two friends were playing music while walking to the parking lot in a waterfront park in Monroe County, Mich. when they saw a White man walking toward them.

“N—— don’t belong on this beach,” Lee James Mouat yelled at the boys, who are Black, on June 6, according to a criminal complaint released this week.

Lee Mouat then grabbed a bike lock and struck Freelon, 18, in the face, said, several witnesses. The blow knocked out several of Freelon’s teeth and shattered his jaw.

At least four people witnessed the alleged assault in Michigan, according to the criminal complaint written by Sean D. Nicol, a special agent with the FBI’s Detroit Division in Ann Arbor, Mich.

It was the evening of June 6, and Freelon and his two friends had been walking in William C. Sterling State Park, a public park with a lakeside beach about 35 miles south of Detroit, and listening to music on a portable speaker.

Two witnesses told the investigator that they heard a White man, later identified by police as Mouat, loudly complaining about the music, calling the boys the n-word and “monsters.”

“These n—— are playing gang music,” Mouat said, according to one of the witnesses. “I want to hit them with this cooler.” And, “I wish someone would say something to me so I can beat them.”

The second witness observed Mouat, who was walking with his family, approach the boys in the parking lot. The witness heard the man threaten to “bash their heads in if they don’t turn [their music] down,” he told the investigator.

Federal prosecutors charged Mouat on Tuesday with a hate crime for “willfully causing bodily injury to an African-American teenager because of the teenager’s race.” If convicted, Mouat faces up to 10 years in prison.

The case is the latest hate-crime charge filed by federal prosecutors this year against White suspects accused of attacking Black people in racially charged assaults.

Federal prosecutors charged a man in September for allegedly stabbing a Black man in Oregon, unprovoked, several times last December. A woman in Queens, who is accused of throwing a glass bottle at a Black woman who was jogging and yelling “go back to Africa” in August, also received hate-crime charges last month.