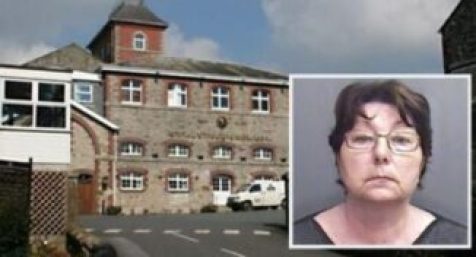 Lesley Freestone was a former accounts worker at St Austell Brewery, who has been jailed for stealing nearly half a million pounds. She steals more than £400,000 over nine years from the brewery.

She worked in the accounts department at St Austell Brewery between 1974 and 2016, rising to the role of purchase ledger supervisor.

Lesley Freestone worked at the historic Cornwall-based firm for 42 years. She had access to the payment systems. Her methods including duplicating invoices and processing payments into her own accounts.

Lesley made hundreds of fake transactions by duplicating invoices and processing. She admitted fraud and was sentenced to five years at Truro Crown Court last December.

But a court heard she made hundreds of fake transactions by duplicating invoices and processing payments into her own accounts.

Judge Simon Carr said the ‘fraud had a degree of sophistication, creating a false paper trail to hide money in your accounts’.

She worked in the accounts department between 1974 and 2016, rising to the position of purchase ledger supervisor and she had ‘unfettered access of payments systems’.

It was after she retired that the brewery conducted a review of its systems and this identified hundreds of fraudulent payments to her accounts totaling £444,329.16p between 2007 and 2016.

Freestone, of Par, Cornwall, was jailed in December but reporting restrictions have only now been lifted as charges against a co-accused were dropped.

The brewery said: ‘It’s a family business and despite its growth over the years it has kept a paternalistic approach. Her duplicitous approach has shocked the company from directors to the staff. ‘

The company said profits were affected and shareholders received lower dividends and employees a lower bonus because of her actions.