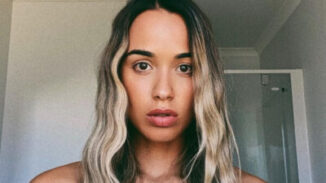 Lou Tyson is a New Zealand model and television personality. She is the wife of the renowned Australian-New Zealand singer, actor, and television personality, Stan Walker. Lou made her Television career debut at WhitebaitMedia serving as a field TV presenter. She joined WhitebaitMedia in August 2013 and left the station in October 2016. She later joined Maori Television as a Human Resources Coordinator and also served as Human Resources Business Partner before she left in August 2020.

In August 2020, she joined Whanganui & Partners as an Operations Manager, she later served as Managing Director at Aki Aki limited before starting her current role as a strategic lead capability at Whanganui & Partners. Lou graduated from Whanganui High School. She attended Auckland University of Technology where she earned her Business Degree with a Major in Accounting, Minor in Human Resource Management, and Employment Relations. She also holds a Masters’s Degree in Business Management from Auckland University of Technology.

She was born on July 5, 1991, in New Zealand. She currently resides in Auckland, New Zealand.

In September 2020, Stan and Lou started all over again and in December 2020 they announced their engagement; Lou posted on her Instagram and wrote; ” With you I always knew… I said YES!! No person I’d rather spend the rest of my life with than you… my best mate… the one I can be my ultimate self with… I can truthfully say, I have found my soul mate… I love you my fiancé…” They were married in September 2021.

Who is Lou Tyson’s son? Her son is Te Puuwairua Raymond Tyson. Her son was born on September 18, 2018.