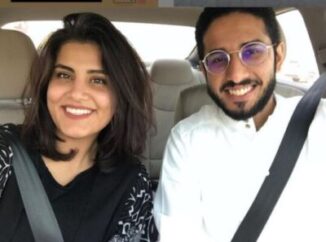 Loujain al-Hathloul is a Women Right Activist from Saudi Arabia. She was sentenced to nearly six years in prison under a vague and broadly worded counterterrorism law. Her continued imprisonment was likely to be a point of contention in relations between the kingdom and the incoming presidency of Joe Biden.

Hathloul’s activism landed her multiple human rights awards and spread in magazines like Vanity Fair in a photoshoot next to Meghan Markle, who would later become the Duchess of Sussex. She was also a Nobel Peace Prize nominee.

Hathloul was born in Jeddah, Saudi Arabia on 31 July 1989. She is a Saudi women’s rights activist, a social media figure, and a political prisoner. She is a graduate of the University of British Columbia.

She was married to Fahad Albutairi (2014–2018; her husband was reportedly pressured into divorce by Saudi regime)

Al-Hathloul is known for her role in the women to drive movement and oppose the Saudi male guardianship system. On 1 December 2014, she was arrested and detained for 73 days after attempting to cross the border in her car from the UAE to Saudi Arabia, on charges related to defying the female driving ban in the kingdom. She has a UAE licence, but the Saudi police still arrested her. Al-Hathloul attempted to stand in Saudi local elections in December 2015, the first vote in Saudi Arabia to include women but was barred.

In September 2016, along with 14,000 others, al-Hathloul signed a petition to King Salman asking for the male guardianship system to be abolished. On 4 June 2017, she was arrested and detained at King Fahd International Airport in Dammam. The reason for the arrest was not officially disclosed. However, Amnesty International believed it was for her human rights activism, and al-Hathloul was not allowed access to a lawyer or any contact with her family.

She was kidnapped from UAE in March 2018 and deported to Saudi Arabia where she was arrested for a few days then put under a travel ban. Al-Hathloul was detained again on the eve of 15 May 2018, along with Eman al-Nafjan, Aisha al-Mana, Aziza al-Yousef, Madeha al-Ajroush and some men involved in campaigning for women’s rights in Saudi Arabia. Human Rights Watch interpreted the purpose of the arrests as frightening “anyone expressing scepticism about the crown prince’s rights agenda”.

As of December 2018, al-Hathloul was in jail with her fellow activists at Dhahban Central Prison. According to her brother Walid al-Hathloul (who lives in Ontario, Canada), al-Hathloul was by February 2019 held in al-Ha’ir Prison.

On 1 March 2019, Saudi Arabia’s public prosecutor’s office announced that the preliminary investigation had been completed and they would be preparing to try al-Hathloul and other activists in court for undermining state security. On 13 March 2019, the trial began, although the charges were not specified and reporters and diplomats were barred from attending. In April 2019, a hearing on her case was postponed without reason being given.

As of May 2020, her trial has been indefinitely postponed because of the coronavirus pandemic, which has raised concerns over her health inside the Saudi prison.

On 11 August 2020, her sister Lina al-Hathloul (a Nobel Peace Prize-nominated campaigner) expressed fear about the possibility of the activist being tortured again in the Saudi prison, as she has not been heard from for over 60 days.

A Saudi court shamefully imposes a prison sentence of five years and eight months on Loujain al-Hathloul because she demanded her rights rather than wait for the Saudi crown prince to bestow them at his own stately pace as a matter of royal prerogative. https://t.co/GeYfszPkQB pic.twitter.com/6yOQNKHuaO

The Saudi women’s rights activist detained three years ago by the Saudi government has been sentenced to five years and eight months in jail after being found guilty of spying with foreign parties and conspiring against the kingdom.

But the court suspended two years and ten months of her sentence, and backdated the start of her jail term to May 2018, meaning she only has three months left to serve.

Although human rights campaigners will say she should never have been detained for so long without charge, the prospect of serving only a further three months in jail will help defuse a potentially damaging early confrontation with the Biden administration that would have occurred if she had been locked up for an additional 20 years, as seemed possible at one point.

The Saudi courts had already cleared the kingdom’s prosecutors of torturing her in detention, saying there was no evidence that she was transferred from Jeddah governorate to a secret location where she was tortured and sexually harassed.

The news of her verdict was first tweeted by the newspaper Asharq Al-Awsat, which said a Saudi court had “sentenced a female detainee with incitement to change the kingdom’s ruling regime and to cooperate with individuals and entities to carry out a foreign agenda”.

Saudi activist Loujain al-Hathloul was sentenced to almost 6 years in prison and a 5-year travel ban.

Some time was suspended, so she could be released in months. She was arrested in 2018 with other women campaigning for the right to drive. Groups says she was abused in custody. pic.twitter.com/4rFvW9uHCn

She had been arrested in May 2018 along with four other human rights activists. She claims she was not allowed to speak to anyone for seven weeks after her arrest.

Who is Kate Melton? Wiki, Biography, Age, Spouse, Net Worth

Who is Lindsey Petrosh? Wiki, Biography, Age, Spouse, Net Worth 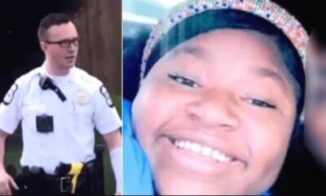 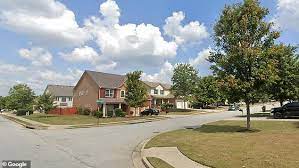 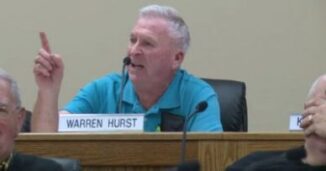 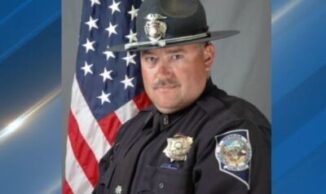 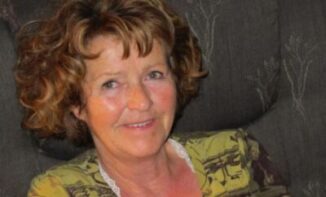