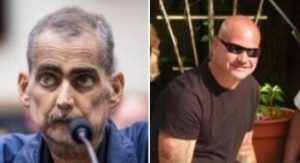 Luis Alvarez was a retired NYPD bomb squad detective. He was a first responder and advocate of 9/11.

He described for Congress his medical issues during an impassioned appeal for an extension of the September 11th Victim Compensation Fund, died Saturday in a hospice in New York. He was 53.

in this month, Alvarez appeared in Washington with former Daily Show host Jon Stewart, to plead with Congress to extend the compensation fund for victims of the terrorist attacks and first responders. He entered hospice care days later.

Luis Alvarez death from complications of cancer linked to the time he spent with other first responders in the rubble at ground zero was announced in a Facebook statement from his family.

UPDATE: 9/11 first responder Luis Alvarez does an interview with @FoxNews as his liver is failing after breathing in toxic dust after the Twin Towers fell https://t.co/cIUomvx6OJ

His death was announced on Saturday by New York’s chief of detectives. Dermot Shea tweeted that Alvarez was an inspiration, a warrior, a friend.

New York police commissioner James O’Neill tweeted: We vow to never forget him or his legacy – which was, simply, to have others do what’s right.

The former police detective’s stubborn advocacy, even in the last stages of his illness, and his constant focus on the others who might soon have to deal with illness and financial anxiety, drew praise and support from across the partisan divide.

Among early tributes to Alvarez was one from the 2020 Democratic presidential candidate Bernie Sanders, who called him selfless.

We must build a society, the Vermont senator wrote, where we take care of each other and treat healthcare as a human right.

Alvarez’s family said in a Facebook post he had touched many lives and asked: Please remember his words, ‘Please take care of yourselves and each other.’