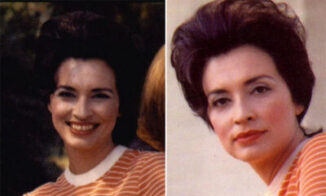 Marilyn Eastman, an actress who played a pivotal role in George A. Romero’s 1968 zombie classic Night of the Living Dead, has passed away. John Eastman, her son, shared the news on Facebook.

Marilyn Marie Johnson was born on December 17, 1933, in Davenport, Iowa. Karl Hardman, a film producer, was her business and personal partner. They were together until September 2007, when she died.

Was Marilyn Eastman married? Yes, Not much is known about his personal life. Her husband’s name is unknown. But she has two sons named John and Michael and 5 five grandchildren, and eight great-grandchildren.

The actress, who played Helen Cooper in the 1968 horror film directed by George A. Romero, also contributed to the film’s financing and worked in the makeup, props, and sound departments.

Eastman was the vice president and creative director of Hardman Associates, a film production firm she co-founded with Hardman.

According to her son, John Eastman, who announced her death on Facebook, the actress died peacefully in her sleep at her home in Tampa, Fla.

He wrote, “Marilyn was a stage, television and radio performer as well as a writer and producer, More importantly, she was a hard-working single mother who raised my brother and me on her own.”

He added, “I cannot overstate how much she enjoyed the affection and attention shown to her by countless ‘NOLD’ fans, and up until several weeks ago [she] was planning personal appearances.”

We’re sad to hear of the passing of Marilyn Eastman, who not only played Helen Cooper in NIGHT OF THE LIVING DEAD but, as a founding member of Image Ten, helped with prop and makeup duties, and even played one of the film’s memorable zombies. RIP. pic.twitter.com/avBtBmr9PF