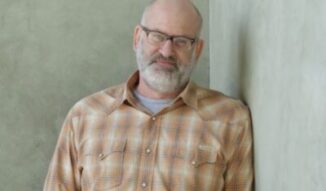 Matt Holzman was a Veteran KCRW radio host, curator of Matt’s Movies, and producer died on the night of Sunday, April 12, 2020. He was originally from Long Beach, California. Holzman’s passion and knowledge for movies made him highly respected by the filmmakers and producers whom he interviewed.

He Was The First Producer of KCRW Show ‘The Document’ which was his brainchild. He successfully combined two of his favorite mediums: documentary filmmaking and audio storytelling. In his own words, it was as if “a documentary and a radio show had a baby.” After creating the KCRW Underwriting Department, Holzman fired himself from that position to become a full-time radio producer and tell stories through audio. After The Document, Holzman created Matt’s Movies, in which he interviewed film directors and producers, and directed Madeleine Brand for Press Play.

We will soon update the wife and children’s details of Matt Holzman.

He underwent a successful kidney transplant in 1996. In 2019, KCRW’s Jennifer Farro wrote that the beloved audio storyteller was diagnosed with cancer. She said, “The news of his cancer diagnosis last Fall was shocking. Definitive and unforgiving, there was not much else to say about it. He handled it with such openness. He was scared and worried more about being a patient again — as he had on those years of dialysis — than about the death part.” The cancer was the cause of Matt’s death.

Numeous people from the film and radio industry sent their messages of condolences and tributes after hearing of Holzman’s death. The Independent Documentary Association tweeted, “We are extremely saddened to hear the passing of @kcrw’s @KCRW_Matt. Matt Holzman has been a long-term dear friend of the IDA and champion of documentaries. We will miss you at our events and on the radio, rest in peace.”

Eddie [email protected] wrote, “I’m very saddened to learn the news that Matt Holzman passed away today. He was an exceptional talent for storytelling and producing stories. His guidance with my story in the studio @KCRW was invaluable. He will always be a kindred spirit. I will miss @KCRW_Matt terribly. Peace.”