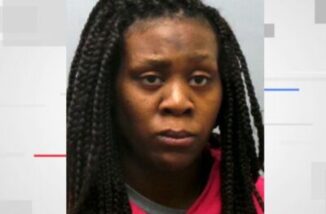 Officers were called at 7:29 a.m. on Jan. 8 to the 2100 block of Rountree Drive, which is near Interstate 270 and Lewis and Clark Boulevard. St. Louis County police officers arrived to find two newborns, a boy and a girl, dead at the scene.

Caston was the one who called police. She told officers she unexpectedly went into labour and the infants were stillborn.  As officers continued to investigate, police said it was determined the babies were carried full term and neither was stillborn.

Caston was charged with two counts of second-degree murder and two counts of abuse or neglect of a child. She’s being held on a $500,000 cash-only bond. A 10% payment of the bond will not be allowed.

Investigators were sceptical from the start. In a statement on January 9, police said that “while it is possible that this was a medical event, the incident has been re-classified to a suspicious death.” By January 11, they had determined the children had been carried to full term and neither baby was stillborn.

On Sunday, St. Louis County prosecutors filed four felony charges against Caston: two counts second-degree murder and two counts of child abuse or neglect. In court documents, prosecutors allege that Caston had wrapped a towel around the mouths and noses of the babies, called Baby Boy Caston and Baby Girl Caston in the filing, and failed to provide them food or medical attention, causing their deaths.

It all happened sometime between January 6 and January 8 in the 2100 block of Roundtree Drive, a cul-de-sac neighbourhood north of Christian Hospital in far north county, authorities say.