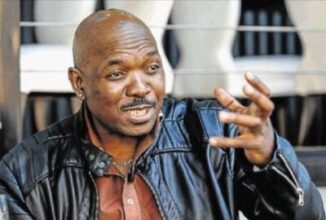 According to Menzi Ngubane Bio, Wiki, and Biography, He was an acclaimed actor better known for his iconic roles on Generations, Yizo-Yizo, and of recent Isibaya. He passed away after suffering a stroke on Saturday morning according to his family.

Ngubane starred as ‘Sibusiso Dlomo’, a popular villain both loved and hated by many between 2003 and 2014. In addition to Generations, he also starred in Yizo Yizo and Gold Diggers. His recent big-name role saw him featuring as ‘Judas’ in ‘Isibaya’. He also starred in a movie alongside Hollywood’s Samuel L. Jackson, called ‘In My Country’, back in 2004.

He is survived by his wife Sikelelwa and two daughters.

The news of his passing was confirmed by Naomi Mokhele from sebabatso media. Back in 2004, he was diagnosed with kidney failure and was on the list for a kidney transplant. During the time, there was a lot going on in his life, and he had to juggle it all.

Between 2010 and 2015, Ngubane’s numerous struggles with kidney failure resulted in him being placed on a recipients list and ultimately received a donor ensuring he continued and sustained his acting career until recently.