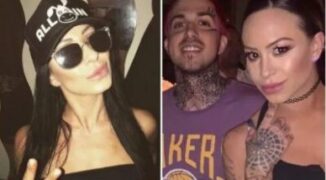 Mia Johansson is a woman from California, who supplied a prostitute bearing drugs to rapper Mac Miller not long before Miller died from an overdose.

Cameron Pettit, who is accused of distribution of a controlled substance. Miller’s autopsy revealed he died due to a combination of fentanyl, cocaine, and alcohol. He could face 20 years in federal prison. Johansson has not been charged.

Mia Johansson arranged for a prostitute – whom Johansson referred to as ‘Carla’ – to deliver controlled substances to McCormick (Miller) on September 5, 2019,” court documents allege.

Recently, Cameron James Pettit was charged in connection with the death of the rapper Mac Miller along with a sex worker who also goes by the name Carolina Cortez.

According to the court affidavit, Johansson is Pettit’s “associate and had worked in the past with Pettit to sell drugs to McCormick (Miller).”

For example, on June 15, 2018, Johansson allegedly sent a group text message to both McCormick and Pettit stating: “Cam (Pettit) I included boy Mac in this message – take care of him.”

Following that text message, Miller requested controlled substances from Pettit, and Pettit agreed to provide them, on various occasions between July and September 2018, authorities said.

Pettit said he was at work, so Miller wrote Johansson:

Miller: “…are you close to the cribbo.”

Johansson: “Huh?…I’m at my house why wats up hun.”

Johansson: “Do you want me to see if my other boy can come now or you are waiting for Cameron.”

Miller: “See what the deal with him is…just need a quick g.”

McCormick: “All good I can wait on cam.”

In one transaction, Miller’s Venmo account sent $340 to Mia’s with a note saying “For cam,” says the records.

In 2013, Johansson posted on Facebook that she won a bikini competition. “Because it was my very first competition, I didn’t know what to expect,” a magazine interview she posted read.

She added that she lived revolved “around fitness, nutrition, and exercise. I strongly believe consistency is key in maintaining a healthy lifestyle.” She posts pictures of her meals to stay in shape. For example, she posted about eating chicken for days.

She wrote in 2013 from New York: “Chicken for days!!! Meal prep and supplements are the reason I look the way I do! There is no secret to it other than hard work and dedication! So don’t forget to take your CHISELED and FIERCE FIT daily and take 1-2 hours out of your Sunday to prep your food for the week! You not only save money and time during the week, but you’ll look good too

The Facebook page says she moved to Los Angeles in 2015.

The affidavit alleges that both Johansson (through Amador) and Pettit supplied Miller with drugs. Johannson provided him with oxycodone, Xanax, Adderall, and Norco, documents allege.

After Miller died, a plastic bag containing pills was recovered in a coat hanging in his bathroom closet.

It contained a variety of pills, including opioids. Authorities argue it contains tablets supplied both from Pettit and Johansson (through Amador) to Mac Miller.

They believe that the bag is missing the pills that Miller ingested before his death.

After Miller died, authorities discovered blue coloured powder leaving them to believe that he had crushed pills and snorted them.

He consumed these pills before he died, toxicology reports show.

After news of Miller’s death circulated, Pettit used his Instagram account to share direct messages with a user whose initials were given as PR, the documents contend.

He said things like, “Most likely I will die in jail”, and I’m nervy.” His friend tried to call him down, saying things like, “you’re just paranoid” and “I’ve been worried about you all day.” Pettit said he was “gonna get off the grid” and “move to another country.”

His friend suggested moving to Stockholm and changing his name to “sweet baby dang daddy.”

He also asked another friend whether he should post a photograph of a text message exchange between him and Mac Miller to his Instagram account but decided against it, documents allege.

Court documents allege that Johansson had arranged prostitution services for Miller on multiple occasions in August and September 2018, at one point texting him a photograph of a blond woman lying on a bed wearing lingerie and texting “I can do $600 an hr for the blonde girl.”

In another exchange, they discussed the prices of prostitutes named Carla and Gia, with Miller choosing Gia at first but then after looking at pictures asking her to resend Carla, documents say.

The photo shows “Carla” has distinctive tattoos, including a skull with tentacles and a skull wrapped in flowers. Johansson resides with one adult and one child, according to the court documents.