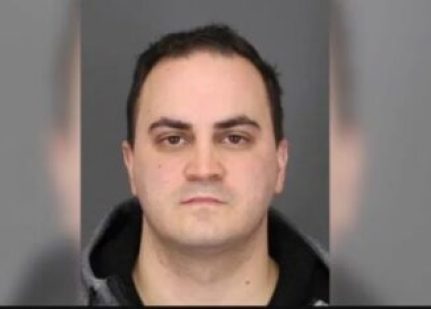 Michael Agovino is charged with stalking and sex abuse of a woman while on duty.

Residents say it is disturbing.

The criminal complaint says it started last July at an apartment on South Street. Agovino, armed and in uniform, allegedly told a woman suspected of larceny she had to strip. She told police she obeyed and removed her clothes.

The complaint says Agovino returned some days later, and “fearful he would physically harm her, the victim again disrobed and [Agovino] proceeded to subject her to sexual contact.”

The cop allegedly returned again in January and made more sexual demands. This time, the victim made an audio recording of that encounter and gave it to the police.

Given the disturbing nature of the charges, the mayor of Peekskill wants to hold a meeting where the police and public can discuss the importance of mutual respect.

Michael Agovino appeared briefly in Peekskill City Court today not in his role as a police officer, but in handcuffs as a man facing criminal charges.

The police officer is accused of sexually abusing a Peekskill woman who has a learning disability and who caught Agovino in the act with an audio recording of his actions, authorities said. Agovino, who had been held at the Westchester County jail in Valhalla since his arrest on Saturday, was released today on a $100,000 bond.

Two of the woman’s relatives were in court today and expressed disappointment and anger that Agovino was released.

Agovino, who lives in the Palisades section of Orangetown, walked out of the courthouse and quickly left in a car without speaking to reporters. His lawyer, Andrew Quinn, declined to comment afterward.

Agovino is due back in court on March 12, at which point Quinn and prosecutor Michelle Lopez said they expect the case to be brought before a grand jury for potential indictment.