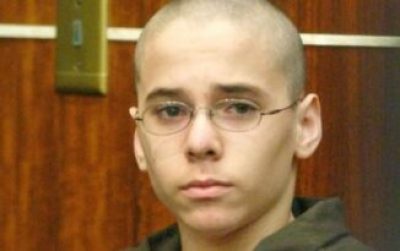 Michael Hernandez identified as a student wannabe serial killer who was in middle school when he fatally slit the throat of a 14-year-old classmate has died behind bars in Florida, online records show. He was an inmate at Columbia Correctional Institute outside Jacksonville when he collapsed and died Thursday — possibly from a drug overdose, according to the Florida Department of Corrections and local CBS-TV affiliate WFOR.

Why Michael Hernandez killed his classmate?

It was February 2004 when Hernandez lured his friend, Jaime Gough, also 14, into a bathroom stall at Southwood Middle in Palmetto Bay, a suburban city south of Miami. He stabbed Jaime more than 40 times in a case that shocked South Florida and the nation.

Hernandez killed a classmate and had already constructed a list of people he wanted to murder. An official cause of death for Hernandez has yet to be given, although no foul play is suspected, authorities said.

But he was seen on video collapsing, and two sources familiar with the incident said it appears Hernandez may have died from drugs, the outlet said.

Hernandez — who was obsessed with serial killers and had devised a list of people he wanted to murder — then stabbed Gough 40 times and cut his throat.

He was 31 years old. Hernandez had been at Columbia Correctional Institution in Lake City, and it was not immediately clear how he died on Thursday.