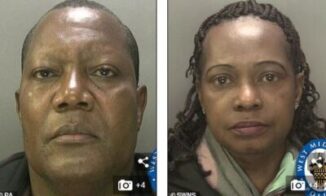 Michael Oluronbi is a 60 years old Pastor in Birmingham, who found guilty of raping children. He targeted seven victims over 20 years. Four girls became pregnant and his wife Juliana Oluronbi arranged abortions. He is originally from Nigeria but based in Birmingham.

Michael Oluronbi targeted seven victims over a 20-year period. He raped children and adults who attended his church. His wife Juliana Oluronbi arranged and help in abortions.

Michael Oluronbi, originally from Nigeria and living in Birmingham, was convicted of 15 counts of rape, seven counts of indecent assault and two counts of sexual assault. https://t.co/eOURzYLBaw pic.twitter.com/wgbStoVyRG

He targeted seven victims, Five of the victims attended his church and for some of the victims, the abuse continued into adulthood. In a confession videoed last year by a victim’s family member Oluronbi claims the devil made him commit his terrible crimes and described himself as ‘an animal’.

Some of his offences were carried out after he convinced victims to take part in ‘spiritual bathing’, which he claimed would ‘cleanse’ them of evil spirits.

Oluronbi was arrested at Birmingham Airport in May last year while trying to leave the country for Nigeria with some of his ceremonial belongings and a sum of cash.

Police are unable to say whether he was trying to flee justice, but pointed out he had recently been confronted about the abuse by one of his victims.

Another evil one down! Nigerian Pastor Michael Oluronbi, 60, and his wife are found guilty of multiple rapes against children in the United Kingdom https://t.co/wlduUOCqIu pic.twitter.com/2tfTY0Vrqi

Oluronbi was convicted on Friday after a nine-week trial at Birmingham Crown Court, and his offending can now be reported after restrictions were lifted.

During the trial, a jury heard that some of his young female victims became pregnant multiple times but were taken to abortion clinics by qualified pharmacist Oluronbi, to cover up what was happening. He was convicted of 15 counts of rape, seven counts of indecent assault and two counts of sexual assault.

The 60-year-old’s wife Juliana was convicted of three counts of aiding and abetting rape after helping arrange some of the terminations. The religious leader was brought to justice after one of his victims, now an adult came forward.

Jurors heard that Oluronbi was linked to a Christian church in Edgbaston, Birmingham – the Cherubim and Seraphim Church – whose roots were in Nigeria. He set up on his own splinter group for about 40 adults and children – separate to the church and located at another address – where he began a practice of “spiritual bathing”.