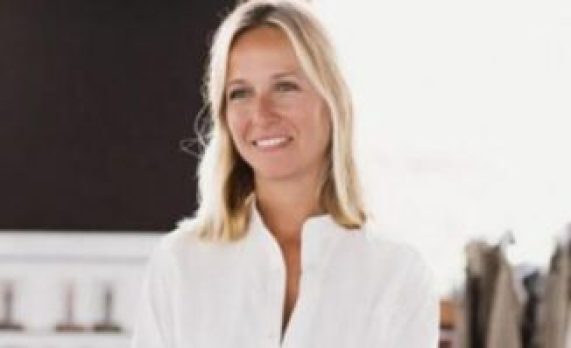 Misha Nonoo is a 41-years-old American based fashion designer. She was born and grow up in Bahrain. Misha is reportedly the person who arranged for a first meeting and blind date between Prince Harry and Meghan Markle in London. She was a finalist in the 2013 Vogue/CFDA Fashion Fund.

She is Jewish and was born in Bahrain to an Iraqi father and an English mother. Her family moved to London when she was 11, and attended ACS Cobham school and Guildford High School in Surrey.

She is a fashion designer, best known for her eponymous line of women’s ready-to-wear. She was named to the Forbes 30 Under 30 In Art Style list well as Crain’s New York Business’ 40 under 40 in 2015.

The designer has a long and storied history with the Duke and Duchess of Sussex. When Markle made her first official public appearance with Prince Harry at 2017’s Invictus Games? She wore a white button-down from the designer.

For Nonoo’s first official outing with her soon-to-be husband, she chose Meghan and Harry’s May 2018 wedding. (Some even speculate that Nonoo was the culprit behind the couple’s initial blind date.)

The designer and duchess have maintained their close bond. In a September New York Times profile of Nonoo, she described Markle as the most generous, the most genuine person, such a sister in the sense that, you know, if you’re her friend, she; ll do anything for you. The friends even collaborated on the royal’s recent Smart Works capsule collection.

After making their public debut as a couple at Prince Harry and Meghan Markle’s royal wedding, Nonoo is engaged to millionaire entrepreneur and oil heir Michael ‘Mikey’ Hess.

Hess broke the news on Instagram per the Daily Mail. The post featured a photo of the couple in Cabo San Lucas, with Hess down on one knee.

“Thank you for making all my dreams come true, Misha Nonoo,” read the caption. “I am so in love with you, and I feel so lucky I get to spend the rest of my life with you right beside me.” Hess had proposed during a Valentine’s Day vacation.

According to reporting from HELLO! And HOLA!, the wedding will be an all-weekend affair.

The ceremony takes place in Rome’s 17th-century Villa Aurelia at sunset on Friday, followed by a gala-style dinner and dancing. Saturday will reportedly bring city tours and dinner with guests at the iconic Cinecittà film studios.

HELLO! also provided insight into the evening’s dress code, which dictates full-length dresses for women and tuxedos for men.