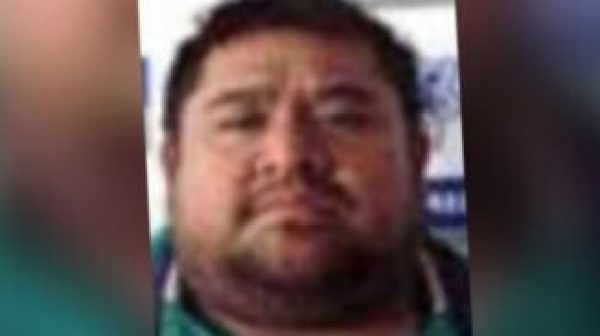 Moises Escamilla also is known as Gordo May (Fat May) is the leader of the Los Zetas gang. He had spent more than a decade in jail after being accused of a string of decapitations, dies from coronavirus in prison.

Moises Escamilla has died on May 8 at the age of 45.

He was identified as the regional leader of ‘Old School Zetas,’ which forms part of the Los Zetas criminal cartel. Once hailed as one of the most dangerous of Mexico’s drug cartels, one of the main operations of the Los Zetas was smuggling cocaine via maritime routes from Central America into Cancún. Other criminal activities included kidnapping, extortion, sex trafficking, and gun running rackets.

With time, however, the influence of Los Zetas diminished as it became fragmented. Army deserters who began to work for the Gulf Cartel started the gang before going their own ways to form their own respective cartels as time went by. After the gang’s former leader Omar Trevino Morales, alias Z-42 was captured, the cartel split into two factions and fought each other for ultimate dominance in the illegal drug-dealing business till 2018.

He was serving a 37-year jail sentence for organized crime, including weapons and drug offenses, and his role in the decapitation of 12 people in Yucatán in August 2008. He also oversaw the distribution of cocaine in Cancun.

He was in charge of the distribution of cocaine in Cancun and was accused of participating in the murder of 12 people who were decapitated in Yucatan in August 2008.

He was regarded as one of the most dangerous of Mexico’s drug cartels, although in recent times it has become fragmented and seen its influence diminish.

As well as drug trafficking, its criminal activities also covered kidnap, extortion, sex trafficking, and gun running rackets. It was formed by army deserters who began to work for the Gulf Cartel before breaking away to create their own cartel.

After the capture of former leader Omar Trevino Morales, alias Z-42, the cartel split into two factions which were at war until 2018.

May and the eight members in his group formed the strongest criminal organization in the Cancún area when he was arrested back in 2008. Among his informants were members of the local police force.

Moises Escamilla died on 8 May 2018 from coronavirus in prison. He had spent more than a decade in jail after being accused of a string of decapitations.