The Shooting in mt. tabor High School. On Wednesday, one student was injured in a shooting at a high school in the North Carolina city of Winston-Salem. according to the Forsyth County Sheriff’s Office, All other students are safe.

The campus was placed on a lockdown after the shooting that happened just after 12 p.m., but all other students were safe, the Forsyth County Sheriff’s Office tweeted.

Police blocked roads to the school and numerous emergency vehicles were on the scene.

according to the agency’s Agents from the Bureau of Alcohol, Tobacco, Firearms and Explosives responded to the incident.

Scanner traffic from Broadcastify.com captured the moment’s officers were trying to find a rescue team to go inside the building and provide aid to the student who was shot.

The City of Winston-Salem told parents of Mount Tabor students not to go to the school for student pickup.

The city told parents to stage at the Harris Teeter Shopping Center on Peace Haven Road and await further instructions.

The department said it was “actively seeking the suspect” but provided no further details immediately.

This is the second school shooting in North Carolina this week. On Monday, a student was shot at New Hanover High School in Wilmington. A 15-year-old was charged in that incident. 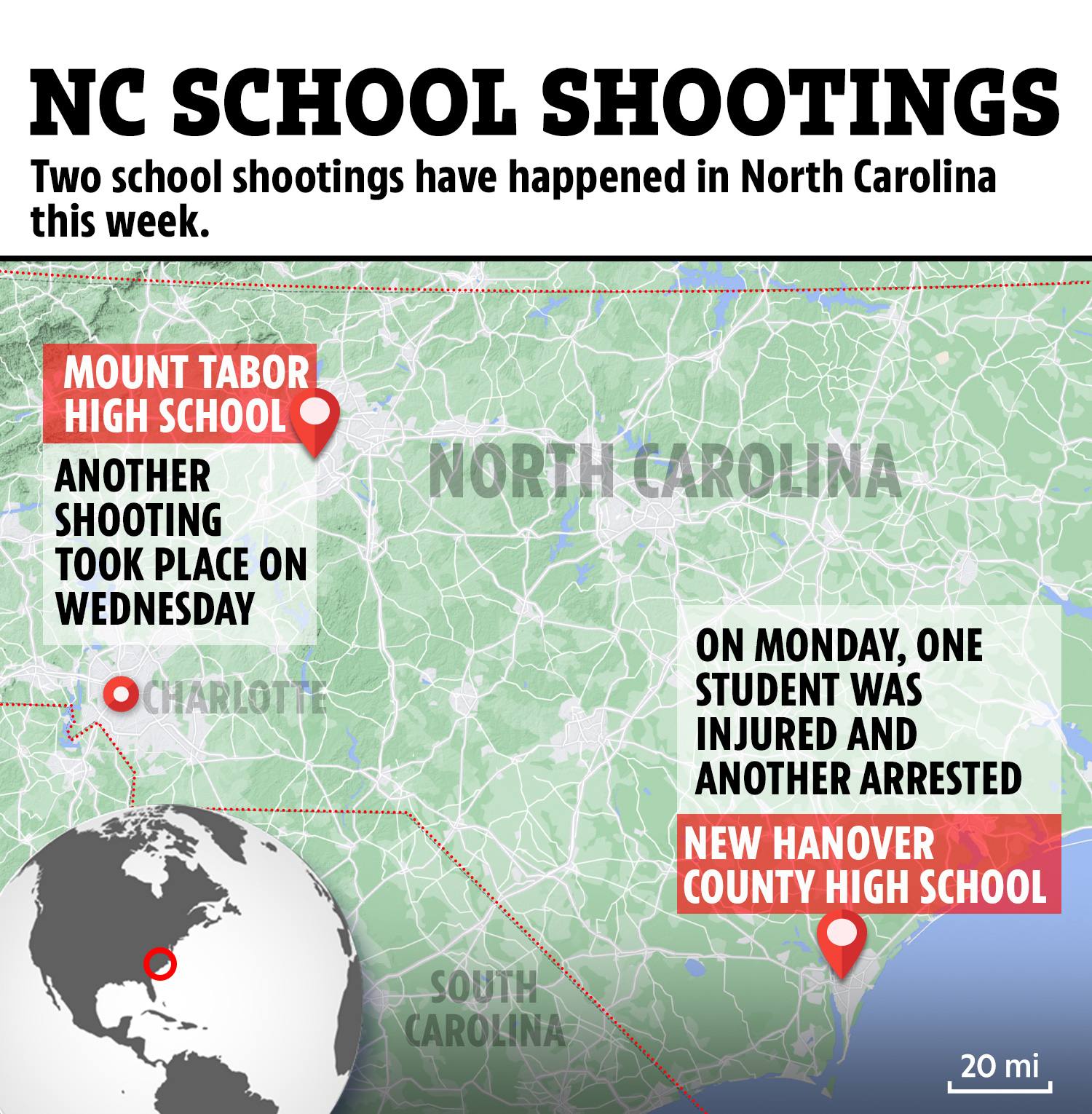 “For the second time this week, we have seen a shooting in a North Carolina school,” Gov. Roy Cooper said in a tweet. “Our prayers are with the victims, their families and all the students … I have been briefed by law enforcement and the Department of Public Safety is ready to provide any support necessary. We must work to ensure the safety of students and educators, quickly apprehend the shooter and keep guns off school grounds.”