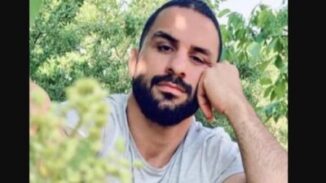 Navid Afkari Iranian wrestler who participated in a peaceful 2018 protest against government policies. But, officials later accused him of stabbing a water supply company employee during the protests. He apparently confessed to the stabbing in a video put out by Iranian officials last week .. but most believe the confession was forced after he had been tortured. His brothers Vahid and Habib were sentenced to 54 and 27 years in prison in the same case, respectively. He was executed in the early morning hours of September 12, 2020, in the Adel-Abad prison in Shiraz.

Hearing that Iran is looking to execute a great and popular wrestling star, 27-year-old Navid Afkarai [sic], whose sole act was an anti-government demonstration on the streets. They were protesting the “country’s worsening economic situation and inflation”. To the leaders of Iran, I would greatly appreciate if you would spare this young man’s life, and not execute him. Thank you!

U.S. State Department spokeswoman, Morgan Ortagus, tweeted: “We join the world in outrage at the Iranian regime’s death sentence for Navid Afkari, who was tortured into giving a false confession after participating in peaceful protests in 2018. “The regime also tortured his two brothers and sentenced them to decades in prison. Let them go!”

The people of #Iran will never forget that @CNN reported on the news of #NavidAfkari's execution by using an image of not Navid himself, but the flag of the genocidal regime that murdered Navid, as if its a sign of victory.

Shame on you, CNN.
Damn you, CNN.
This is disgusting. pic.twitter.com/sOfoRe4mBE

Iran’s semi-official Tasnim News Agency dismissed Trump’s tweet in a feature story, saying that US sanctions had hurt Iranian hospitals amid the pandemic, “Trump is worried about the life of a murderer while he puts many Iranian patients’ lives in danger by imposing severe sanctions,” the agency said. 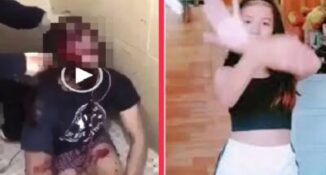