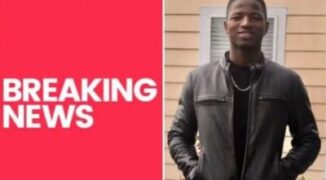 Nevan Baker is the young Black man who was pronounced dead after he was found hanging from a tree in a park in Orlando, Florida. According to the obituary, Baker died on October 5. His family says they believe his death was not a suicide, as the Orlando Police Department and Medical Examiner’s Office have initially determined.

Baker’s mother, Sharhonda James, told the Orlando Sentinel that she noticed injuries on her son’s face when she viewed his body at the morgue. James explained to reporter Grace Toohey that Baker’s jaw was out of place, his nose was swollen and there were “bumps on his forehead.” James added that she has asked the Orlando Police to show her pictures from the park but that her request had not yet been granted.

James told the newspaper she does not believe her son would have committed suicide. “I’m not done with this situation; it’s just beginning,” James said. “My son didn’t hang himself. I know my child.”

A woman who identified herself as Baker’s cousin also discussed Baker’s alleged injuries on social media. She wrote on Twitter that Baker had been beaten “beyond recognition.” She also accused the police department of closing the case “without doing any investigation.” She described Baker in a follow-up tweet on October 11: “My 22 yr old Cousin Nevan Baker with his life ahead of him was planning on going to the military who changed his life around was into God who had a good heart was found beaten and hung from a tree. OPD ruled it as a suicide.”

Baker’s sister, Jamia Douglas, launched a GoFundMe campaign to help the family cover funeral costs. As of this writing, the page had raised more than $7,600. Douglas described her brother as a “good kid” who had given “his life to Christ.” She said he had planned to become an electrician. She added that Baker’s unexpected death had “left my family with many unanswered questions behind his murder.”

Douglas explained in an October 10 update that the family planned to use any extra funds to push for another investigation into Baker’s death: “We are now accepting more money to pay for a further investigation for Nevan Baker’s murder. We will also organize a peaceful protest next week to get Orlando Police Department to reveal the evidence leading to this case. We need Answers. NOW!”

A GoFundMe was created to assist with Neva’s funeral arrangements. Donations had skyrocketed to more than $ 4,000 on Friday, October 9. GoFundMe, created by Baker’s sister, said the death left her family with “many questions.” She wrote that her brother “was a good kid with aspirations to become an electrician.”