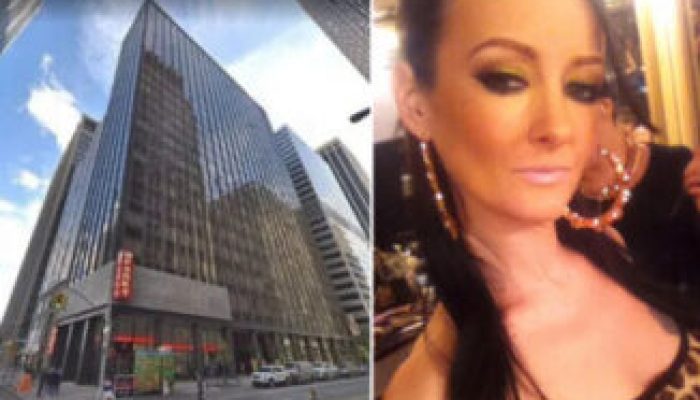 Nicole Flanagan, a high-end escort, was recently discovered dead on the streets of New Jersey. Police discovered the woman’s nude body in a 55-gallon barrel at Teaneck Road and Hobart Street on August 13, 2021.

According to New Jersey Police, the shocking discovery was made after neighbors of Ridgefield Park saw an odd container at the end of the road and complained of a terrible odor.

According to surveillance footage from the night before the discovery, I observed a man rolling out the strange barrel on a baggage rack from the 95 Wall Street building. Around 10:45 p.m. on Thursday, loaded the container into a U-Haul van.

The security guard reportedly interrogated the man about the luggage, but he informed the guard that he was on his way.

The enormous barrel, along with a pile of debris, was thrown on a New Jersey road. After removing the barrel’s lid, an on-duty police officer discovered Nicole Flanagan’s body. On the night of her death, Flanagan was also captured on a surveillance camera. According to the Daily Mail, she was last seen entering the building with a member of the infamous Snow Gang. Several gang members were previously convicted of illegal weapon possession, racketeering, gun violence, and attempted murder.

According to the NYPD, the posh building where Nicole Flanagan was photographed with the alleged SNOW member has been under police observation. The 22-story structure houses offices as well as rental Airbnb flats.

According to the New York Post, Nicole Flanagan moved into the building with two guys in their early twenties. The man allegedly overheard them bickering in the past, and Flanagan afterward left. In this case, police are looking for suspects.

Can we just burn Wall Street until the murderer of Nicole Flanagan is found? https://t.co/4CUD5vdXSU

Flanagan has a criminal record, having previously been arrested for p*prostitution and drug-related offenses.

She was a mother of three children as well. Ray Underwood, her ex-boyfriend, told the Daily Mail that she was a kind mother: