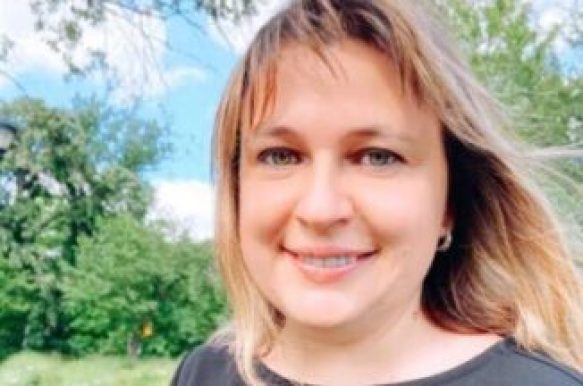 The mother and daughter were taken to St. Luke’s Roosevelt Hospital and were pronounced dead, the New York Post reported.

Brooklyn woman Oksana Patchin jumped from the roof of a 12 story Hell's Kitchen holding her 5 year old daughter killing them both pic.twitter.com/KFDcvIzthv

Patchin was 39 years old and her daughter Olivia was 5 years old.

Patchin’s marriage had ended recently, with the mother filing for divorce from her husband in August. She also filed for bankruptcy protection in 2019 with over $98,000 in credit card debts, the Post reported. According to her LinkedIn profile, French bank CIC employed Patchin in Manhattan as a bank officer, a position she held since June 2018.

According to the Post, Patchin was not a resident of the building but was visiting a friend and told her she wanted to borrow her key card to show her daughter the roof. Surveillance video of the roof showed Patchin pacing before eventually climbing a security gate, grabbing her daughter, and jumping off, authorities told the outlet.
“It shook me up that it happened,” a tenant told the Post. “It’s very, very disturbing.”

She was prescribed three different types of drugs following a bitter split from her husband over the summer, her distraught mother told The Post through tears.
But Patchin recently began breaking the pills into pieces to stop taking them, said the grieving granny, who gave her name as Anna.

“She was taking less and less,” Anna said with a Ukrainian accent.
“I said to her, ‘Oksana — February, March, you will be finished.’”

It was unclear if Patchin was following a doctor’s orders in reducing the dosages. Patchin had told friends that she didn’t like taking the medications because they made her feel weird, although none of the friends said she discussed plans to stop taking them, law-enforcement sources said.

The Food and Drug Administration has warned that patients being treated with antidepressants face the risk of “suicidality” and other problems during initial treatment and “at times of dose changes, either increases or decreases.”

I am deeply saddened to hear about the death of Oksana Patchin and her 5 year old daughter. It is more critical than ever to support ourselves and others facing mental health challenges. One great NYC resource for mothers is @motherhoodnyc. Please don't wait if you need help. pic.twitter.com/zuaN7Lg8v2

Patchin’s mother spoke to the Post on January 11 and said the 39-year-old mother had been struggling with depression and was in the process of reducing her medication when she committed suicide. Her mother said Patchin had a difficult divorce from her husband this summer, and she had since been diagnosed with three different drugs.