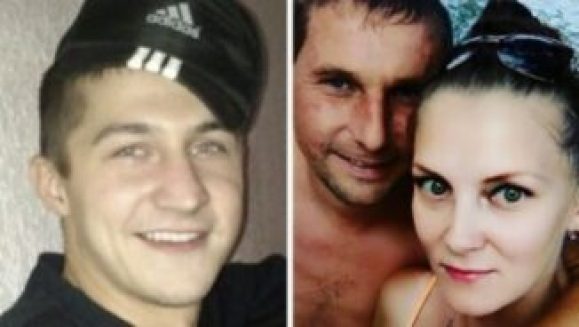 Oleg Sviridov was a 32-year-old man who died after showing his friend a terrifying video on his phone in which he raped his own eight-year-old daughter.

Oleg Sviridov was 32 and Vyacheslav M is 34-years-old.

Local reports say the two men were drinking together after work and eventually fell asleep before Vyacheslav woke up and began scrolling through the Sviridov’s phone. After seeing a video of him forcing his daughter to perform a sex act, he reportedly attacked his friend. The victim managed to stumble out of the house, but Vyacheslav is said to have gone after him again the following day, finding out he was accused of raping someone else’s daughter in the same village. He later handed himself into police, saying the dead man ‘ran into his knife during an argument.

According to law enforcement officials, alleged child sex attacker Oleg Sviridov, 32, kept mobile phone videos of his abuse of several children in Vintai village in Russia’s Samara region. Rocket engine factory worker Vyacheslav M, 34, was drinking with his friend Sviridov, when he saw footage on the man’s phone showing him raping Vyacheslav’s daughter, now nine. The father immediately confronted Sviridov, who ran away before Vyacheslav could act. The paedophile was a close friend of Vyacheslav’s family and had babysat his daughter, whom he sexually abused on multiple occasions.

Vyacheslav reported the rapes to local police, who launched a search for Sviridov. But the distraught father managed to track down the alleged paedophile before the local police force and stabbed him to death. Vyacheslav later told police that Sviridov had ‘stumbled on the knife during a quarrel’ in a forest near the village, purporting that he had not intentionally murdered him with the blade. The body of the alleged paedophile was found near the village on Thursday, more than a week after Vyacheslav had seen the abusive video.

Vyacheslav was detained following the discovery of the body, and the case is under investigation. Criminal cases have also been opened into the sexual abuse of three children filmed on Sviridov’s mobile. Vyacheslav remains in custody while a murder probe is underway. Criminal investigations have also been launched into the clips filmed on the victim’s phone. They are said to include sex attacks on other young girls dating back five years.